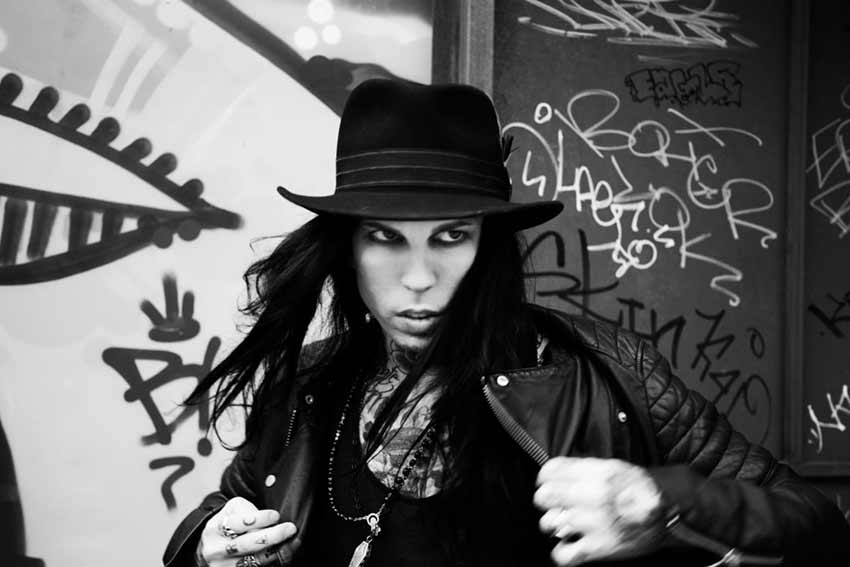 Las Vegas horror rockers Vampires Everywhere have today unleashed their latest single titled “Death of Me,” which you can check out below in official music video form. The track is taken from the band’s upcoming EP dubbed ‘The Awakening,’ which comes out on October 1st through Cleopatra Records (pre-order).

Michael Vampire comments:
“The resurrection of Vampires Everywhere has officially begun! I am beyond excited to welcome our second single “Death Of Me” into the universe. I needed this song! I needed to revisit a part of myself I forgot all about. I’ll never reject my Warped Tour roots & I’m proud to be an old scene kid. I feel this song brings all the nostalgia back & rivals albums like “Kiss The Sun Goodbye” that so many people fell in love with. I’m confident being back in my dark realm & toying with the occult. It’s been my comfort zone for so long. It was extremely hard leaving this comfortable space when I started Dead Girls Academy. At this stage in my life, I need to play what I love & live in the skin I was given. I feel being back in VE has revived me musically & as an artist.

It was an absolute pleasure shooting the music video for “Death Of Me”. We shot it in Las Vegas at an actual haunted mansion near the Vegas strip. To make things crazier we shot it on Friday the 13th. The energy in the house was amazing & pushed me to be my best self! I had all the elements that I love including a vintage hearse! Big thank you to the master Randy Edwards for bringing my ideas to life. It’s not easy translating evil-type shit.

“Death Of Me” is the second single off our upcoming EP “The Awakening” on Cleopatra Records! Catch us on tour at Inkcarceration Festival this weekend in Ohio & on our upcoming US Headlining Tour w. Assuming We Survive, The Bunny The Bear, & Fate Destroyed.”

In addition, Vampires Everywhere recently announced a fall U.S. tour alongside Assuming We Survive, The Bunny The Bear (*on select dates), and Fate Destroyed — check out all confirmed shows below. 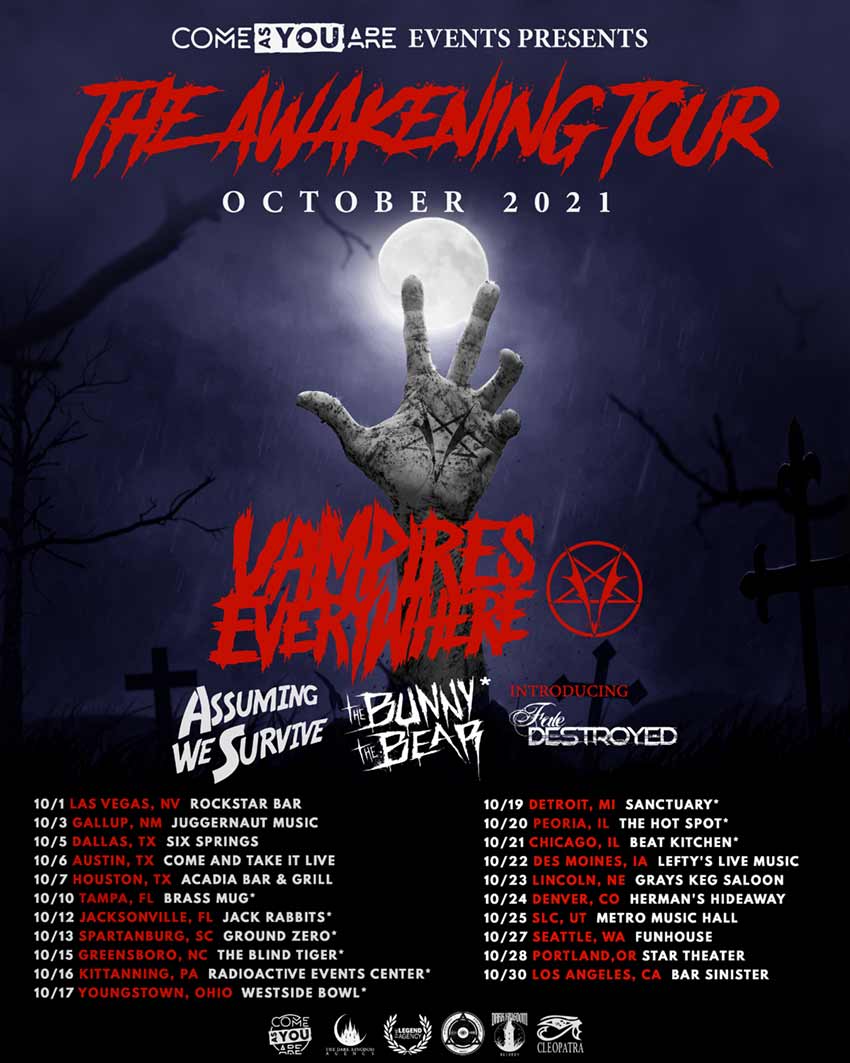