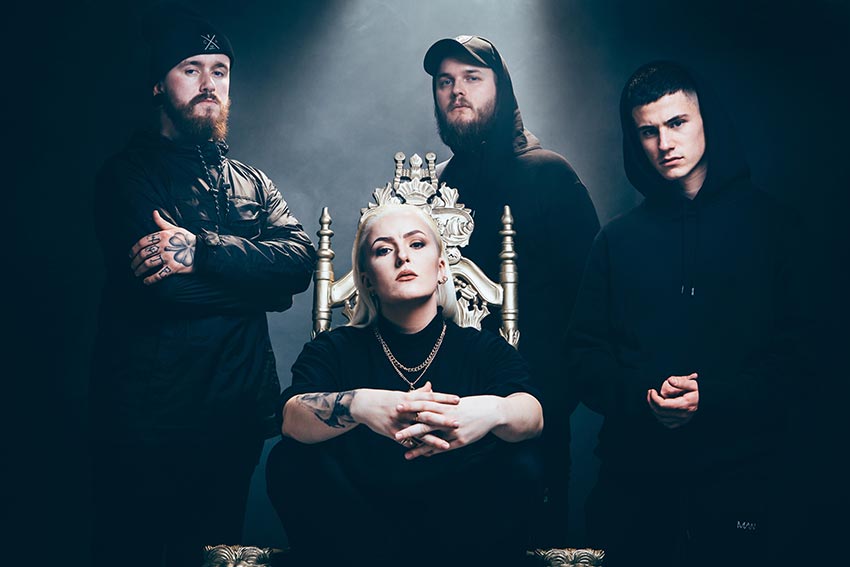 The crushing Hertfordshire foursome was born in March 2019, and since then the band has been pursuing its desire for heavy groove, unfiltered lyricism and technical proficiency. While other bands dwell on flattery, Vexed bundle a mixture of honest hatred and apt social criticism in their lyrics, and don’t mince words for a moment.

Vexed have already dropped two one-off singles independently, including “Elite” featuring Thy Art is Murder vocalist CJ McMahon, which has garnered over 500k cross-platform streams as of now. Both tracks highlight Vexed’s potent combination of aggressive groove mixed with ominous threads of progressive atmosphere, like none of their kind. Due to the worldwide pandemic, the band had to cancel their planned tour with Whitechapel and a scheduled appearance at Bloodstock Festival, but this did not stop them from continuing to push their sonic strength. Be prepared, more exciting news is coming soon!

Vexed on the signing:
“It is with great pride that we can finally announce our signing to Napalm Records. We are truly humbled by the label’s belief in VEXED and their ability to support our creative vision. Napalm is a label with a rich history and a strong presence throughout the world and we can’t wait to share what we have in store for you.”

Tone MGMT on the signing:
“VEXED have proven time and time again that they are one of the most hard working and exciting new bands the UK has to offer. Their signing to Napalm Records only solidifies this. VEXED really are ones to watch.”