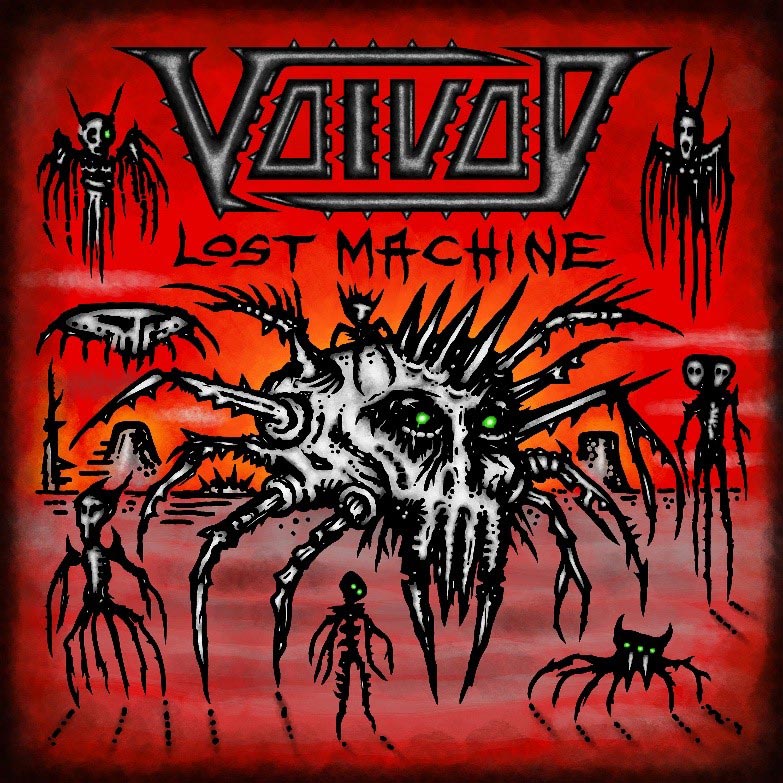 “And now, ‘Iconspiracy’, the second single/video from our upcoming release ‘Lost Machine – Live’. Like the video for the first single ‘The Lost Machine’, the footage comes from the Montréal Jazz Fest 2019 and the audio is from the Québec City Summer Fest 2019, where the entire live album was recorded. ‘Iconspiracy’ has become one of our favorite songs to perform on tour since the album ‘The Wake’ came out in 2018. The video direction is by Felipe Belalcazar and my art was animated by Jaan Silmberg. There are a lot more projects in the works. Meanwhile, have fun with this one,” comments Voivod drummer Michel “Away” Langevin.