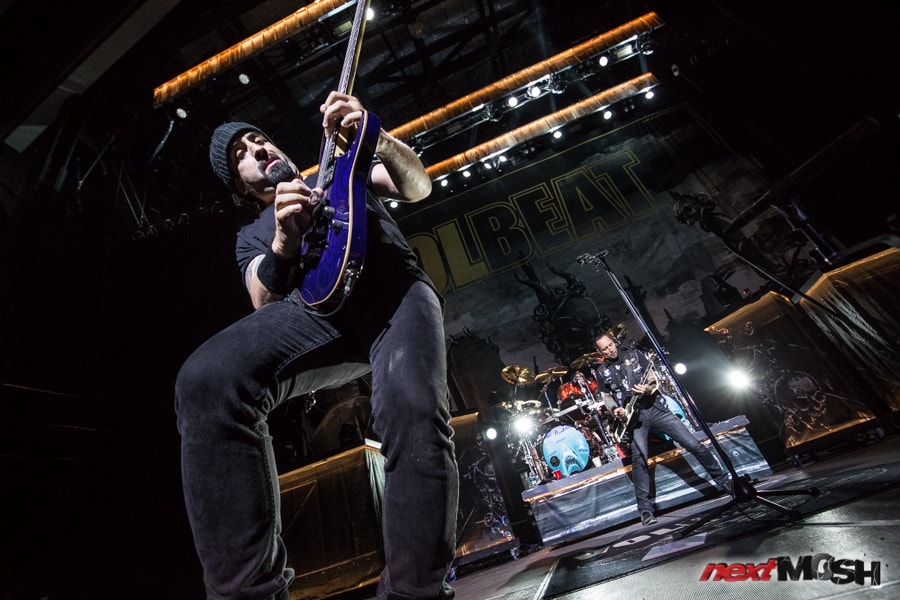 Danish rock giants Volbeat will be steaming their ‘Live from Beyond Hell/Above Heaven’ flick today, May 8th, at 10 AM EST via their YouTube channel. The film will also be available there on demand for 72 hours after its initial broadcast.

The film, originally released on November 18, 2011, features a full set from the Forum in Copenhagen on November 19th, 2010, as well as songs from their Rock Am Ring performance on June 5th, 2011 and songa from their headline set at the House of Blues in Anaheim, CA on April 9th, 2011.

Special guests who appear in the film include then-future Volbeat guitarist Rob Caggiano in his first officially released song with band, joining the band for a cover of The Misfits’ “Angelfuck” at the Anaheim show. Other special guests include Jakob Øelund of the Grumpynators, L-G Petrov from Entombed A.D., Pernille Rosendahl, Mille Petrozza from Kreator, Michael Denner from Mercyful Fate, Mikkel Kessler, Johan Olsen and Scott Ian. The film features the band’s 2010/2011 lineup consisting of Michael Poulsen, Jon Larsen, Anders Kjølholm and Thomas Bredhal.