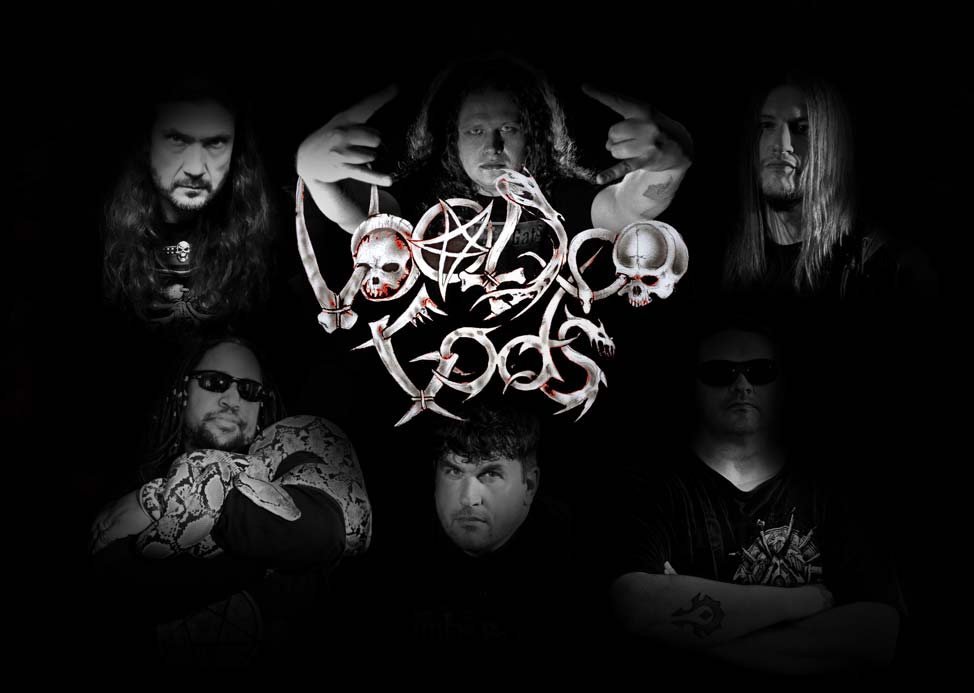 Today, the band have unleashed the impending LP’s first single “The Ritual of Thorn” (stream it below), with a music video for the track to be released soon.

Regarding the new cut, the band says: “This is our first single from ”The Divinity Of Blood” album called: ”The Ritual Of Thorn” ; the song is about Damien Thorn and the Parousia; his arrival to earth and the human downfall.”

“The album was produced by KING DIAMOND’s Andy La Rocque who also took care of the mixing and mastering of the record,” says a press release regarding the upcoming LP. “The result is a huge and powerful Death/Thrash Metal album which combines influences from voodooism, rituals and antichristian forces.”

Smolski notes: “I can’t wait to see the reactions, The Divinity Of Blood will have few surprises guitar-wise and some solos, never heard before in congregation with Death Metal.”

Voodoo himself comments: “I think the Divinity Of Blood will have a weird and ineffable impact; there are musical and ritual alliances within our realm, stuff to trigger enthusiasm as well as creeps.”

LaRocque adds: “I had a great time working with this great musicans; great songs, great guys. I hope to work with them again soon!!!”

Voodoo Gods’ debut record, ‘Anticipation for Blood Leveled in Darkness,’ came out in 2014 via Saturnal Records. The act’s debut EP, ‘Shrunken Head,’ dropped in 2008 and features vocals from Nergal (Behemoth).

Pre-order ‘The Divinity Of Blood’ here.

Stream “The Ritual of Thorn”: