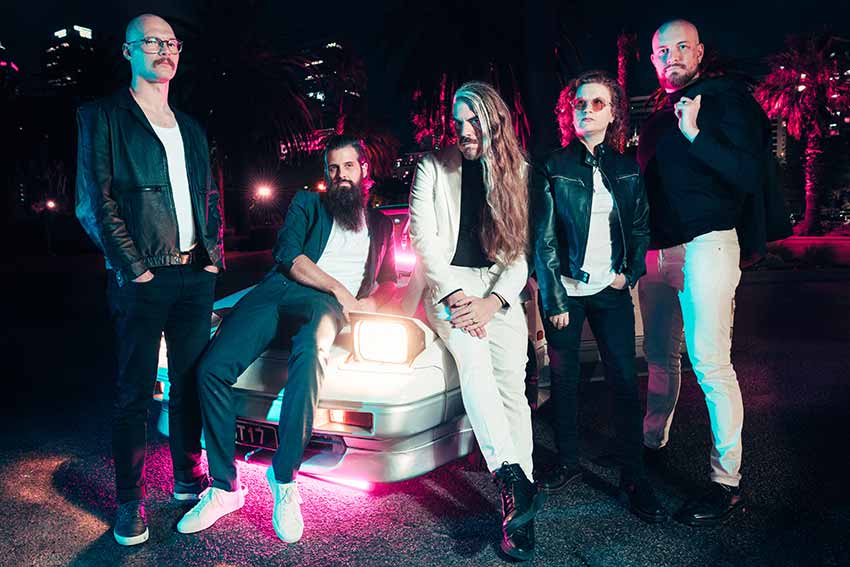 Drummer Ash Doodkorte of Perth’s premier electro power prog sensation Voyager is now sharing an epic drum play-through for the band’s new song, “Dreamer!” The single has been selected to compete in prestigious song contest, Eurovision – Australia Decides! Watch the play-through, which was filmed by Mike Dann & Ash Doodkorte at Hopping Mouse Studios, at THIS LOCATION [embedded below].

Voyager has also recently premiered the official music video for “Dreamer,” which can be seen THIS LOCATION.

For several years, Voyager has been petitioning to be selected as one of Australia’s musical representatives in Eurovision – Australia Decides. After being shortlisted in the previous year’s competition, the band has finally been tapped to represent Western Australia, making it the first time that the region has hope of winning the Eurovision title! The band will soon reveal the song that has been selected in the contest!

Voyager vocalist and keytarist Danny Estrin has previously commented on the track, “As humans, we tend to look to the stars and glorify what could be. Simply, ‘Dreamer’ is about looking at the here, the now and valuing what we have around us. Especially over the last two years, hopes and dreams vs the tiny locked down bubble we live in has been a constant push and pull… It’s good to be a dreamer, but the grass isn’t necessarily always greener. We’re bringing this track to ‘Eurovision – Australia Decides’ as our official entry and we can’t wait to finally be on stage again!”

“Dreamer” can be streamed HERE.