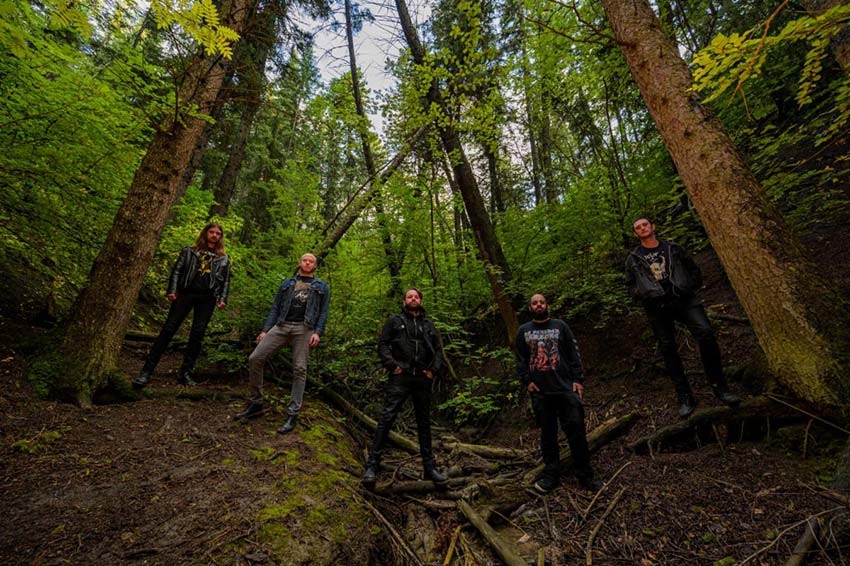 Metal Blade Records is proud to welcome Wake to its worldwide roster!

Relentless transformation, aggression, and transcendence have written the script for Canadian metallers Wake. Since their formation in 2009, they’ve released numerous EPs and singles, plus five full-lengths – touring the world in support of it. Now, for their upcoming sixth album [set to be recorded in July 2021 with producer Dave Otero (Cattle Decapitation, Archspire)], Wake has joined forces with Metal Blade Records, marking a new chapter for the quintet.

Wake comments: “All of us in WAKE have had a lot of regard both for Metal Blade and for the bands on its roster from any era. An endless stream of Metal Blade artists have been played in our van during any number of tours. For us, playing music has always been something that we’ve tried to do on our own terms and with our own vision. We’ve explored a lot of ground musically, and that was influenced by the history that Metal Blade was there to write. So, we’re very excited to say that we’ve joined up with Metal Blade. Expect a lot more noise from our camp in the near future.”

Wake’s latest full-length, Devouring Ruin, was featured on several “best of 2020” lists (including Decibel Magazine, Exclaim!, BrooklynVegan, among others); soon after its release, the group dropped their Confluence EP, once again to critical acclaim. Fans can watch a trailer for the upcoming behind-the-scenes video about the making of Confluence now at: [LINK]

“[‘Devouring Ruin’] is a masterclass on experimentation and untethered ideation filtered through a prism of extreme metal’s most radiant attributes.” – Metal Injection

“WAKE…are standard bearers for uncompromising, intelligent extreme metal. Their refusal to aim at the ever-moving target of extremity gives them the bandwidth to focus on becoming the best they can be.” – Everything Is Noise

“With ‘Devouring Ruin’, these guys are in another league. In a scene that is full of surprises, WAKE have put out a fitting benchmark to start this new decade of heavy music.” – Exclaim!