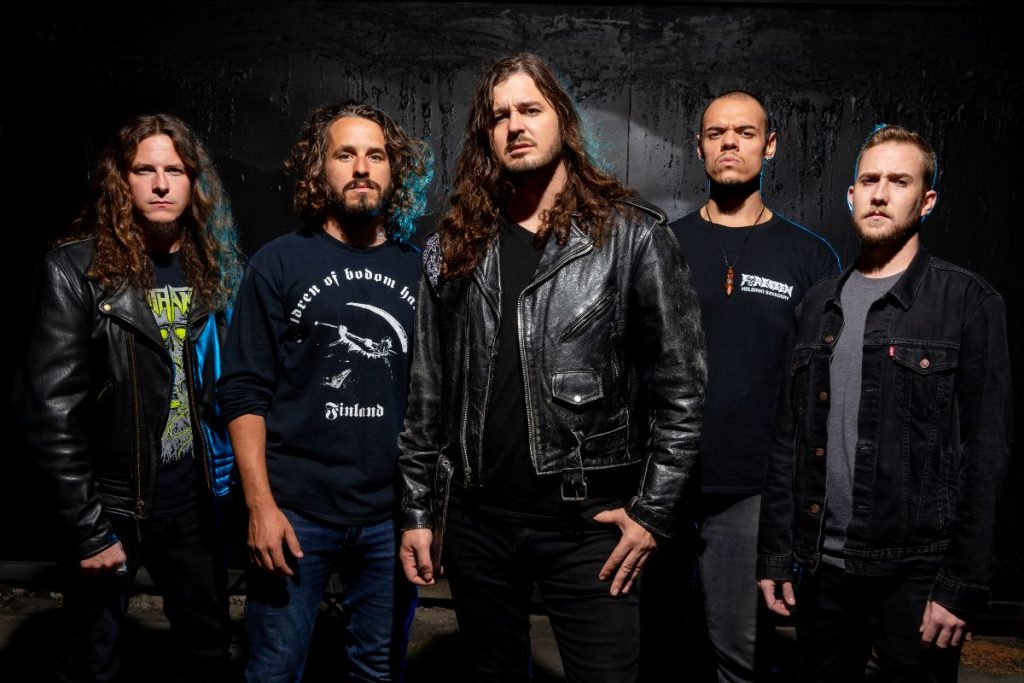 SoCal thrashers Warbringer have unleashed a music video for their brand new single “The Black Hand Reaches Out,” which comes off the band’s recently announced new LP ‘Weapons of Tomorrow’ (out 4/24 via Napalm Records)

‘The Black Hand Reaches Out’ is the second track we are releasing from Weapons of Tomorrow, along with an accompanying music video. The song and video both reference the Serbian paramilitary nationalist group, known as “The Black Hand.” This was the organization that plotted the Franz Ferdinand assassination in Sarajevo – probably the most consequential terrorist attack of all time. Not a conspiracy theory, but an actual conspiracy. The song’s lyrics represent the orders coming from the organization to the (expendable) agent. The song itself is a mid-tempo stomper with a sneaky, clandestine feel, and is one of the many different forms of thrash assault that we are bringing to you all with Weapons of Tomorrow.

Regarding the upcoming album, a press release notes:

With Weapons of Tomorrow, WARBRINGER have not only proven a true mastery of their craft, but have spurred the forward shift of an entire genre – transporting thrash metal into a brand-new era. Building upon their internationally-acclaimed blistering attack, Weapons of Tomorrow showcases a refreshed technical approach and a heightened focus on unique lyrical and vocal style. The record takes the promise of the band’s previous release, Woe to the Vanquished, and carries it onward, presenting WARBRINGER at their absolute best to date – over 10 years into their careers.

Stream “The Black Hand Reaches Out”: