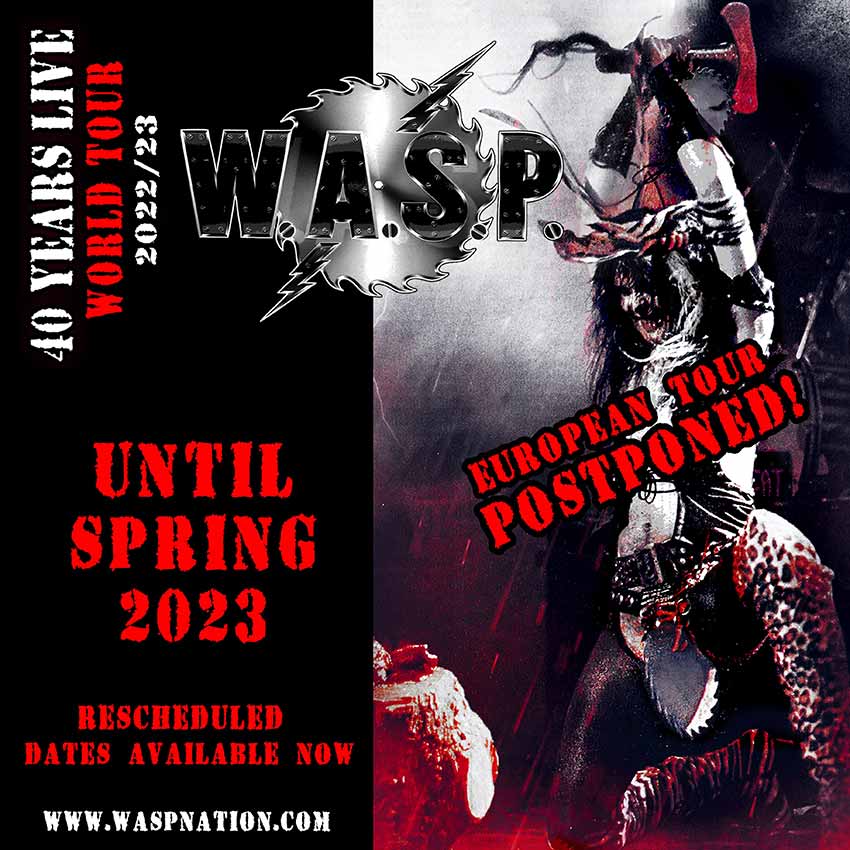 West coast heavy metal legends W.A.S.P. have announced the immediate postponement and rescheduling on their 2022 European tour to spring 2023 — all new dates are listed below.

An announcement from the band’s camp reads, “With great disappointment, because of the world wide covid pandemic, the band are forced to postpone the tour until Spring of 2023. The new European dates for the continuation of the 40th Anniversary World Tour have been rescheduled for March, April and May of 2023. Those new dates are available to view at WASPNation.com/tour. Please check those new dates to find the dates and venues near you. All tickets previously purchased for the 2022 tour will be valid at the rescheduled 2023 shows. All dates for the U.S. 2022 – 40th Anniversary Tour will go on as scheduled. We at W.A.S.P. Nation thank you for all your support and understanding.”

The band’s Blackie Lawless comments, “With enormous frustration I’m forced to announce W.A.S.P. must postpone the 2022 European leg of the 40th Anniversary World Tour. This hideous pandemic that’s striped people of their freedom and lives, that’s caused countless artist’s to cancel or postpone shows for years, once again has reared its vicious head to claim us… again! For years we’ve worked really hard to make this tour our celebration, for not only for the fans, but for all of us involved. I’m sad, mad, tired and pissed off, but I’ll quote from the great W.E. Henley’s poem Invictus, “My Head is Bloody, But Unbowed”. That’s what I want from all of you, to go beyond this place of pain and loss, and NEVER bow to this THING! Our U.S. dates will continue as planned – BUT – WE WILL see you all next year Europe!!!” 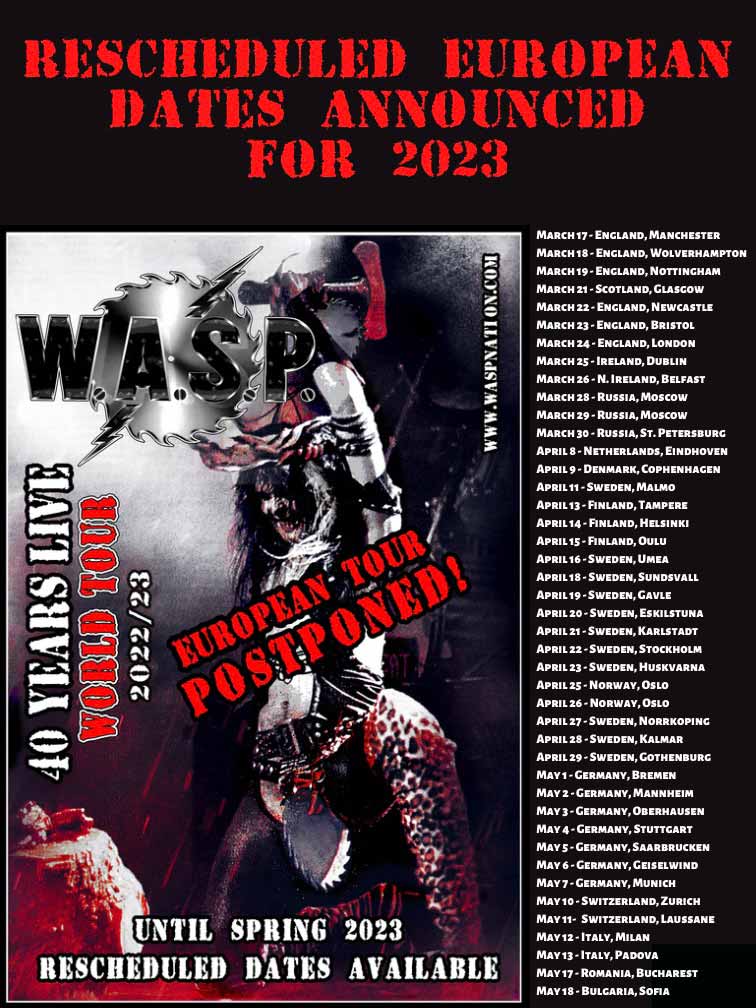