From the mean streets of Gary, Indiana by way of Oslo, Norway (or maybe the other way around – we’re not sure) comes WITCH TAINT, the most extremely extreme and Satanic Norwegian Black Metal band from Indiana ever (probably). On the eve of releasing their debut LP, Sons of Midwestern Darkness, the demonic duo has premiered the official music video for “Death to Death Metal” exclusively via Metal Injection. We’ll be frank, if you think you can stomach the kind of depraved shit that goes down in fucking Gary, Indiana, go ahead and click the link below.


Brought to fruition by the very unstable genius collective of Lance the King of Black Metal (rumored to actually be comedian and musician Dave Hill) and Matthias Backwards (rumored to actually be comedian and musician Phil Costello) Witch Taint’s full-length debut Sons of Midwestern Darkness (recorded entirely in darkness in a damp room that was also annoyingly cold even if you wore a coat and a hat and stuff the whole time) will be released TOMORROW (April 10th) on Tee Pee Records.

To celebrate the release of ‘Sons of Midwestern Darkness’, Witch Taint is hosting an official record release party on their Facebook page at 9pm EST on April 10th (again, that’s tomorrow). Why the hell are they doing this? Beats us. Stop asking so many valid questions and click on the banner below. 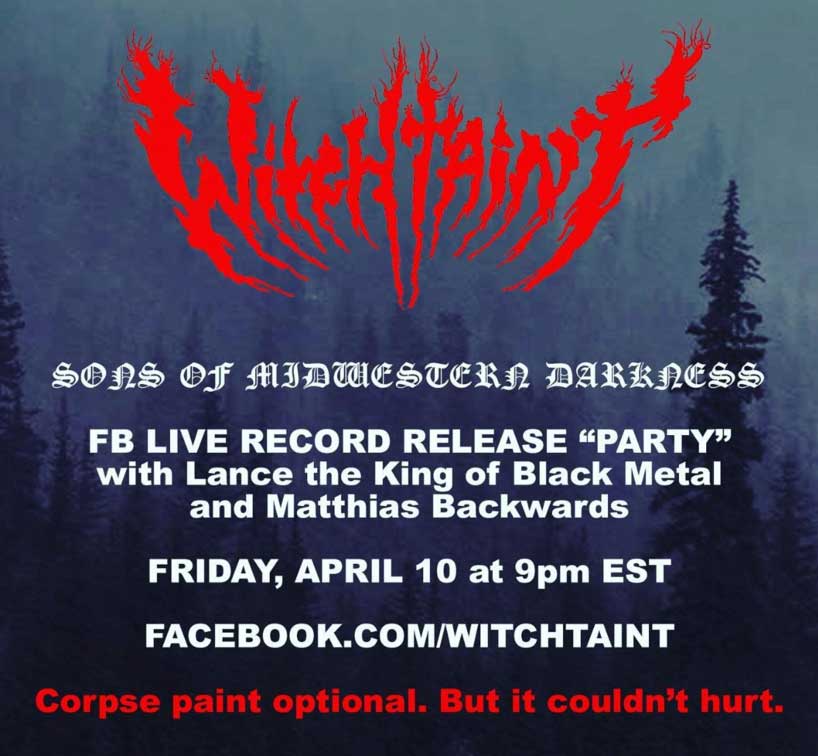