Extremists Witch Taint have officially revealed (via Metal Injection) their new video for track “Changes (a Little Less Time for Satan),” which appears on their recently released LP on Tee Pee Records, ‘Sons of Midwestern Darkness.’

Co-founder and guitarist Lance the King of Black Metal aka comedian and musician Dave Hill comments:

When we wrote ‘Changes (a Little Less Time for Satan),’ we knew we had written one of the greatest songs of all-time, but we had no idea we had also written an anthem for 2020 that will probably unite the whole world and stuff, which is awesome. Also, it’s the only song we know of to successfully rhyme “brutal” with “garbage removal,” so we’re pumped about that too. Hail Satan.

The act is rounded out by vocalist Matthias Backwards aka comedian and musician Phil Costello. 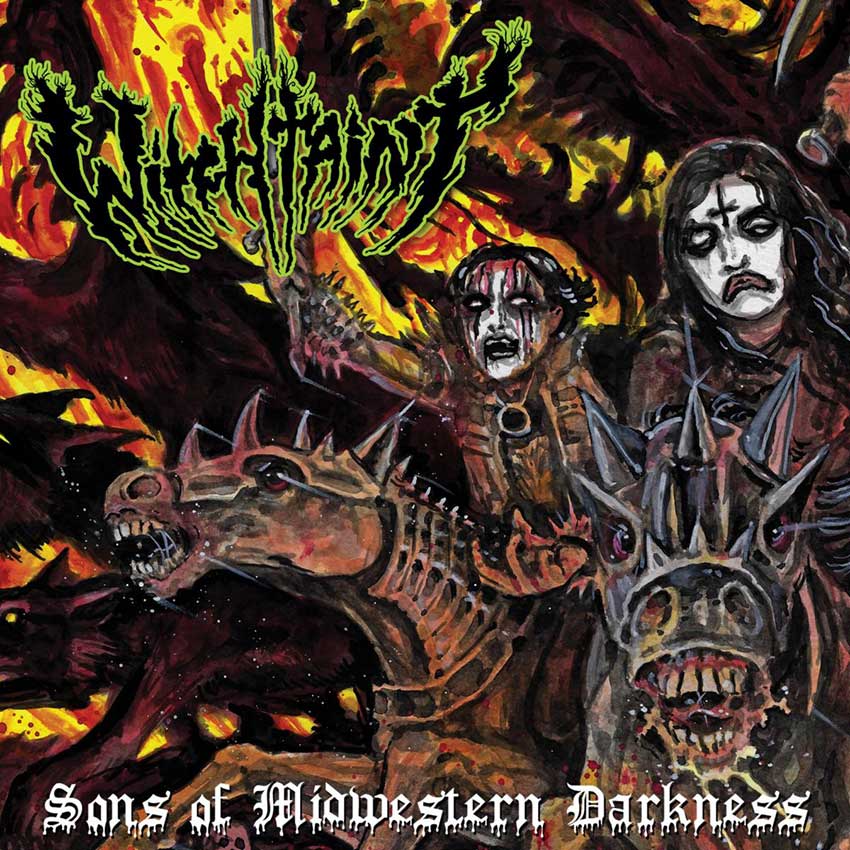 Sons of Midwestern Darkness Tracklisting:
1. Introduction
2. We Are Your New Gods
3. Interlude Black Metal VS, Death Metal
4. Death to Death Metal
5. Sons of Satan
6. Interlude Can one be Grim and Extreme
7. Changes
8. Viking Heaven
9. Ready for LVV
10. Are you Ready (To Black Metal)
11. Interlude Grimness of Noodles
12. Sons of Midwestern Darkness
13. The Dark Way
14. The Taint of the Witch
15. Conclusion
16. Gods of the North (Bonus Track)
17. Hall of the Witch (Bonus Track)