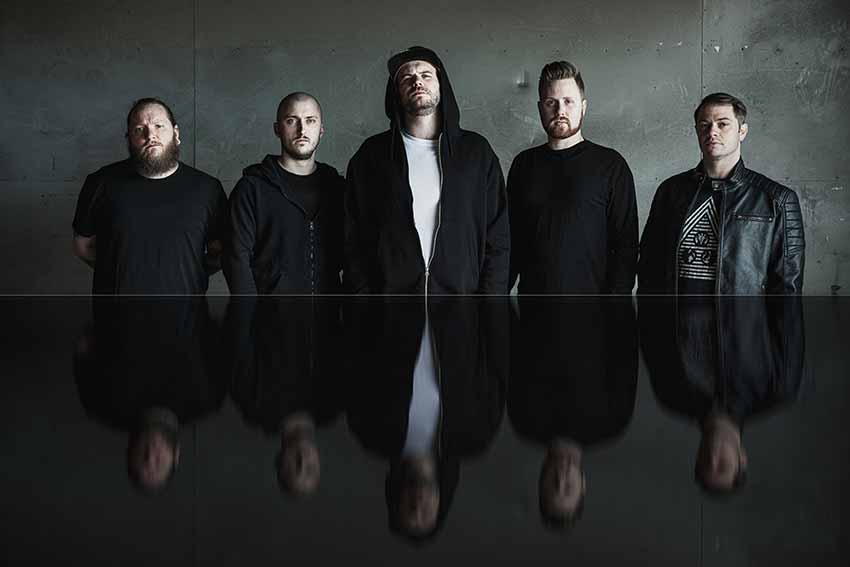 The metalcore quintet Wolves Among Us, hailing from Aalborg, Denmark, are positively known and recognised for their ability to cleverly and smoothly combine the heavy with the pop-ish. They are now back and ready with 11 fresh new songs, which will be released through their coming sophomore album ‘Hollow Gloom’, which is due for release on November 19th through Prime Collective.

“The coming album is a musical depiction of the various struggles we face in life. Personal, societal and metal struggles are the main themes on this record. Despite the apparent desperation in the songs, the underlying theme is one of hope,” vocalist Jimmy Bertelsen muses.

The band have just released the latest offering from their forthcoming album, entitled ‘We Are.’ See the video for the track here:

“At a point in my life I was very stressed out and my head was all messed up. This was until I realised that I am in control of my life and I need to take charge and make the changes I want to see. ‘We Are’ is a song that signifies this change in mentality for me” – Jimmy Bertelsen ,vocalist.

Through the years, the quintet has shared the stage with many of the Danish metal scene’s top players such as Unseen Faith, Daze of June, Cold Night For Alligators, and more. With the release of their debut album ‘Collapse’, they amassed over 500 k streams across streaming platforms as well as being added to Spotify official playlists such as New Core, New Metal Tracks and more.

Wolves Among Us are now getting ready to release their sophomore album ‘Hollow Gloom,’ which has been produced and mastered by Chris Kreutzfeldt (CABAL, Daze of June, Ghost Iris). The quintet has been working on this album for quite some time, which has resulted in kicking it up a notch when it comes to quality and ambition.

Their album ‘Hollow Gloom’ is set for release on November 19th via Prime Collective.