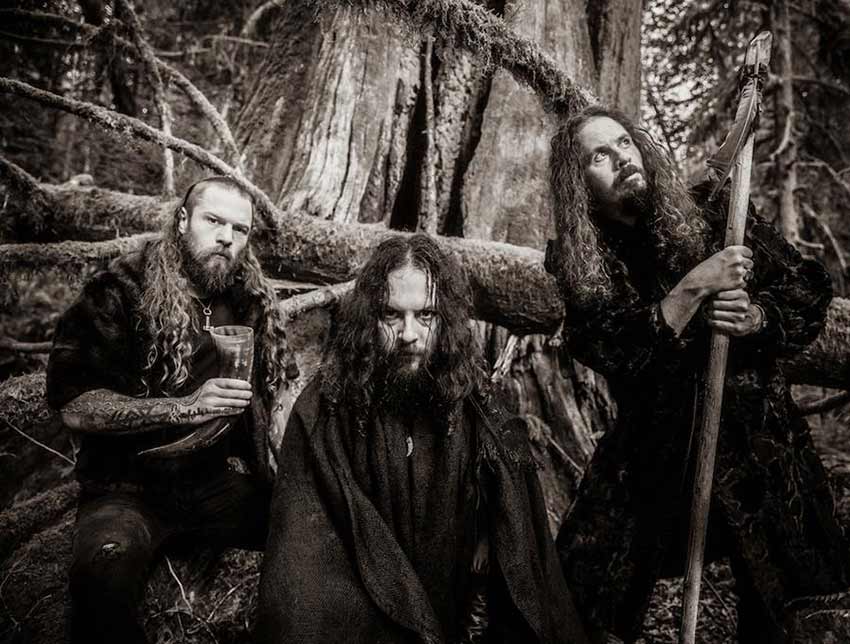 Two decades into their journey as ritualistic black metal conjurers, Wolves in the Throne Room have emerged from the forest with ‘Primordial Arcana,’ their most majestic album to date, and their first release via Relapse Records (North America only) out August 20th.

Watch the “Mountain Magick” music video, directed by Wolves in the Throne Room:

“Mountain Magick was shot in the northern reaches of the Olympic Mountains and the ancient forests that shroud the foothills. We wrote the story, created the costumes, shot the footage and did the editing ourselves, so it is a true product of our hearts and souls. Creating our own videos has been a long standing dream and now It’s very exciting to bring these Visions into the Cinematic Realm.”

‘Primordial Arcana’ is the band’s first completely self-contained work: In addition to composition and performance, brothers Aaron and Nathan Weaver alongside guitarist Kody Keyworth handled all aspects of recording, producing and mixing at their own Owl Lodge Studios in the woods of Washington state.

‘Primordial Arcana’ super limited, one time pressing Deluxe 2LP is cut at 45rpm featuring the bonus track “Skyclad Passage” not contained on the core 1LP album. North American colorways of this version available through Relapse.com and direct from the Wolves In The Throne Room webstore and live performances.

Wolves in the Throne Room’s new album title ‘Primordial Arcana’ is a reference to the band’s ongoing reach back to the most ancient, archetypal energies.

Leadoff track “Mountain Magick” sets the august tone with alpine guitar melodies cresting skyward in triumph. “Spirit of Lightning” returns briefly to the earthly plane as a tribute to the human connections forged in music. Meanwhile, “Primal Chasm (Gift of Fire)” is an explosion of cosmic grandeur, a symphonic rendering of the hermetic maxim “as above, so below” as envisioned by Keyworth. In fact, ‘Primordial Arcana’ is the first Wolves in the Throne Room record in which Kody was a part of the writing process from the start, so it benefits from his background in cosmic funeral doom.