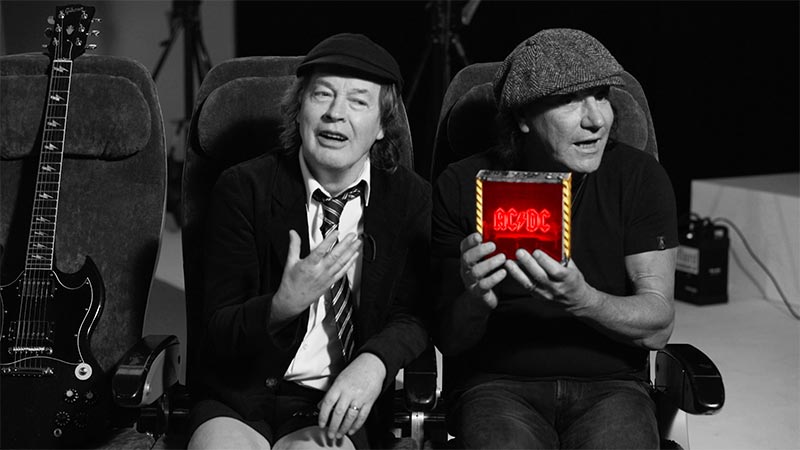 AC/DC recently posted new mini-videos featuring Angus and Brian, which you can check out below. The clips touch on the band’s new record and its deluxe edition, the late, great Malcolm Young and more.

In addition, the band have revealed a new ‘PWR/UP’ logo generator accessible here (check out ours below).

Also, if you use the hashtag #PWRUP on social media, the band say you might unlock ‘exclusive videos’ — get more info here.