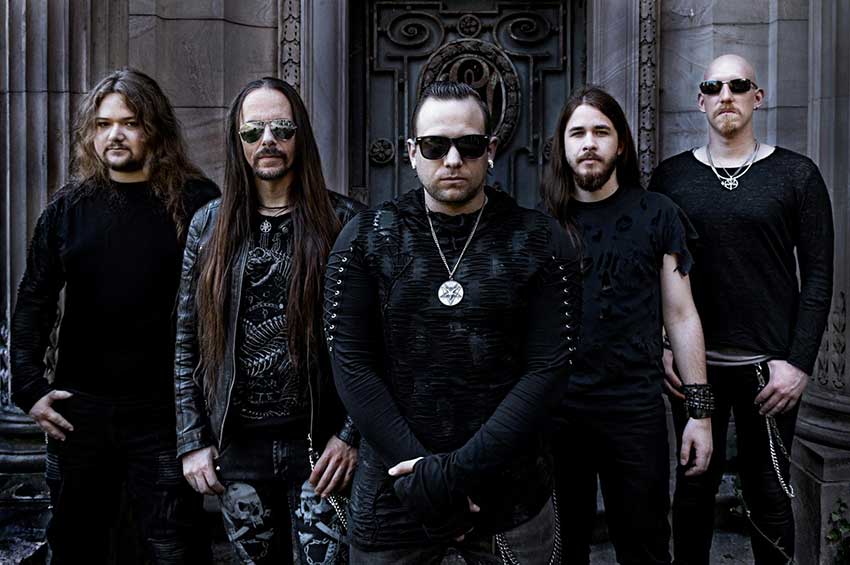 Seven years after their highly praised full length In Darkness, AGATHODAIMON reunited in February 2020 and are currently working on new material! More to be announced soon!

Guitarist Sathonys states:
“We’re proud to announce that we have signed a deal with Napalm Records! As some of you know, AGATHODAIMON was put on hold for years. We’ve been working on a reunion for many months though, to get back in shape- and when we finally felt ready and announced the comeback in February, we were hoping to find a good partner soon, to release our next album. Yet, I didn’t expect that we would be contacted by Napalm right away, a label that has developed in such an impressive way over the course of the last decades. Not only being able to sign lots of excellent bands, but who also managed to gather an impressive team of specialists over the course of time, all fully dedicated to and passionate about metal. So, here we are, and we couldn’t be more excited to be part of their artist roster. We’re absolutely looking forward to working with these guys!”

Napalm Records A&R Sebastian Muench adds:
“In 1998, AGATHODAIMON released Blacken The Angel an absolute masterpiece! As many, back in the good old days, I heard first about the band when I bought Metal Hammer Germany magazine and listened to the sampler CD that came with it. The song “Tristetea Vehementa” on the Off Road Tracks Vol. 10 Metal Hammer compilation made me fan for life.
AGATHODAIMON was able to perfectly combine the best elements from Symphonic Metal, Gothic Metal and Black Metal. The song “Body of Clay” is arguably even one of the best Doom Metal songs. All five album releases followed that recipe and resulted in some very unique and timeless classic albums. We are super excited to work with AGATHODAIMON in the future!”