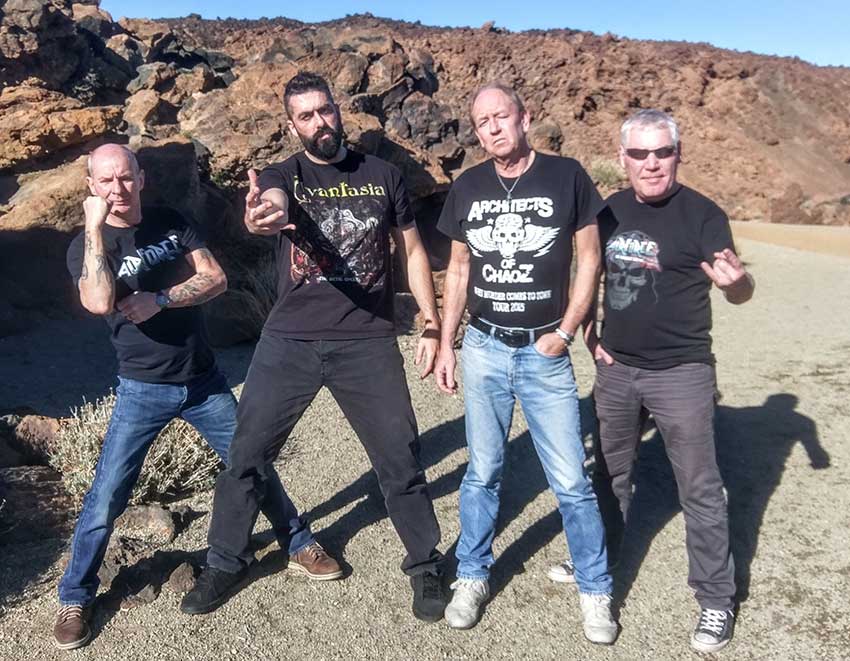 UK old-school rockers AIRFORCE have joined forces with Pitch Black Records for the release of the band’s new album, their second full-length since reforming in 2016.

The new AIRFORCE studio album “Strike Hard” is set for release on September 4th 2020 on CD and Digital.

AIRFORCE stem originally from the NWOBHM era back in the 80’s with the band’s style best described as Old School Metal at its best, full of hooks, Riffs and soaring melodies!

The AIRFORCE line-up now includes the extremely talented vocalist Flavio Lino who recently joined the band on a permanent basis.

The CD version of the album features a bonus track which is a cover of “Faith Healer”, a classic Sensational Alex Harvey Band song. This recording includes a guest appearance by the original SAHB guitarist Zal Cleminson.

The song “Die For You” is now available for streaming and free download at www.pitchblackrecords.com where pre-ordering information is also available. A video for the same song will be released on the band’s YouTube channel and followed by a series of other videos in the upcoming months.