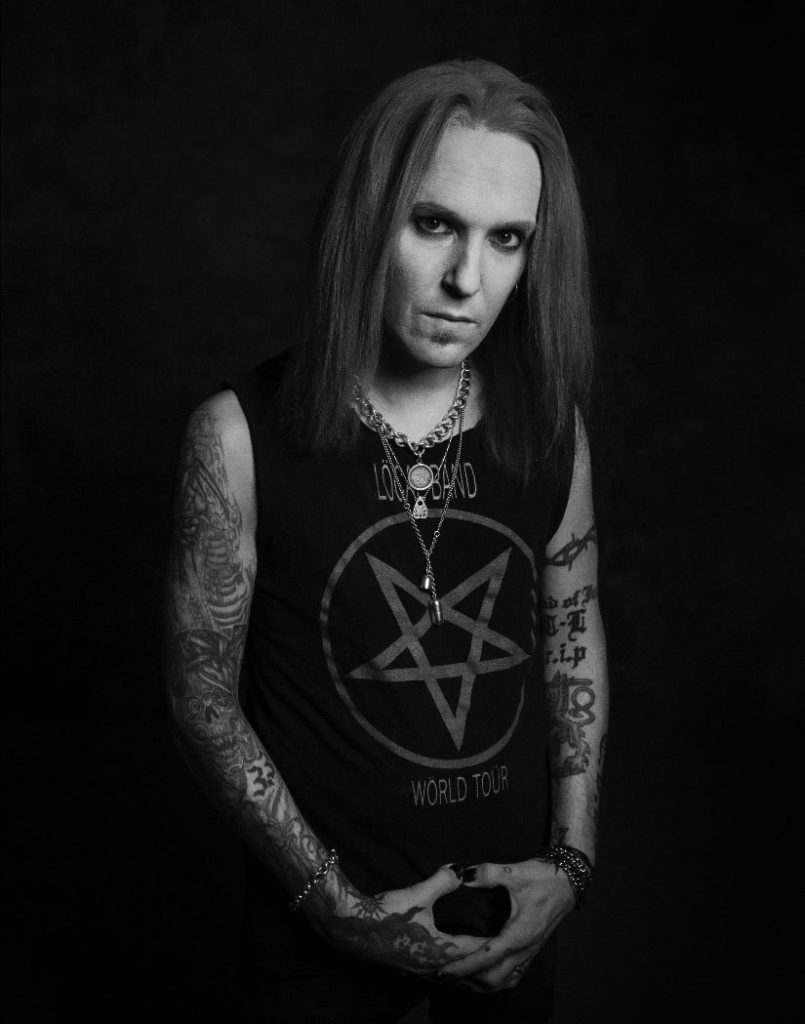 On January 4, 2021, the world was shocked to have learned of the death of Children of Bodom/Bodom After Midnight guitarist/vocalist Alexi Laiho. An official message released to the world that morning noted that Alexi had died in Helsinki, Finland the week before after suffering “from long-term health issues during his last years.” We would later learn that Alexi died on December 29, 2020 via photos from Alexi’s private funeral service held on January 28, 2021, which were shared by his wife Kelli Wright-Laiho on social media. Said pictures from Alexi’s funeral are no longer available/accessible to the public as of this posting.

Yesterday, March 4, Alexi’s first wife and former Synergy bandmate, Kimberly Goss, whom Laiho had married in 2002 and separated from in 2004, issued a message on social media noting that she had received the final forensic report with the official cause of Alexi’s death. “As his legal widow, I am privy to this information,” she said. According to Kimberly, the report reads that Alexi died from “Alcohol-induced degeneration of the liver and pancreas connective tissue” and that he also had “a cocktail of painkillers, opioids and insomnia medication in his system.”

This morning I received the final forensic report with the official cause of Alexi’s passing. As his legal widow, I am privy to this information. The certificate reads in Finnish, “Alkoholin aiheuttama maksan rasvarappeutuminen ja haiman sidekudostuminen”. The English translation is, “Alcohol-induced degeneration of the liver and pancreas connective tissue”. Furthermore, he had a cocktail of painkillers, opioids and insomnia medication in his system.

The loss of this extraordinarily talented and beautiful soul is a tragedy that was entirely preventable. He had so many good years left in him. Imagine all the amazing music we could still be getting if he had just accepted help. I plead with anyone who is struggling with alcoholism or any other substance abuse problem, to please seek support. You do not have to meet this same fate. If people are trying to help you, remember that they are doing it out of love and concern, so please do not push them away. Please do not surround yourself with enablers who promote your addictions. Let this be a cautionary tale that no one is invincible.

I do not want his death to be in vain. My hope is to eventually start a memorial foundation or charity in his native, Finland to help others struggling with these same demons. This needs to be an open conversation, not a source of shame. We are all human, we all suffer, but help is out there. If his story can save even ONE life, then something good can come out of this horrible loss we have all endured.

RIP, Alexi, you are very much missed.

Prior to his death, Alexi recorded an EP, ‘Paint The Sky With Blood,’ with Bodom After Midnight — the band he shared with guitarist Daniel Freyberg (ex-Children of Bodom), bassist and backing vocalist Mitja Toivonen (ex-Santa Cruz) and drummer Waltteri Väyrynen (Paradise Lost). That effort will see the light of day on April 23 via Napalm Records. “Like ourselves, Alexi was beyond stoked about these songs and anxious to get these out so we are happy that we can fulfill his wish,” said Bodom After Midnight in a collective statement released last month. “Needless to say that we are honored and proud to be a part of his very last creative work and unleash it the way he wanted it to. It’s time to let the beast out of the cage one more time as a celebration of Alexi’s music, legacy and the man himself.”