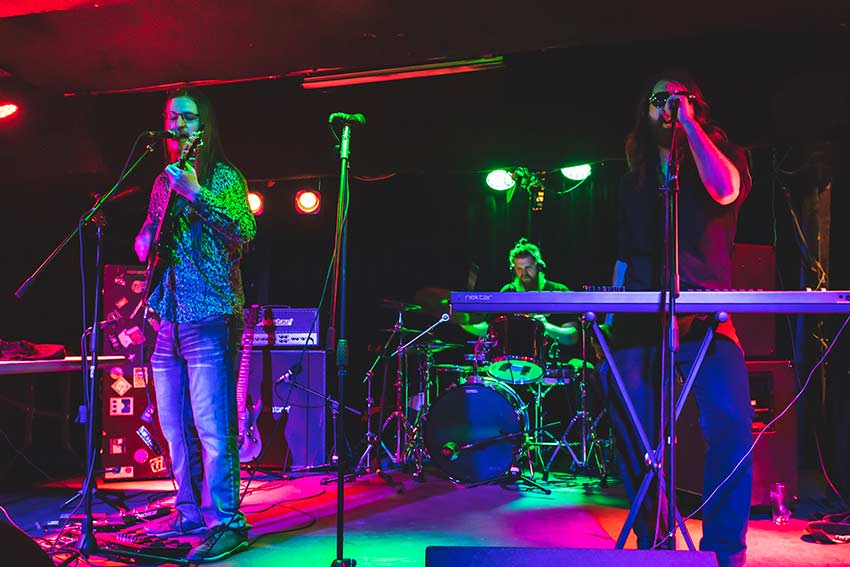 Space disco synth metal band Alpha Bootis are streaming their new single “Jump To Alpha Bootis” via V13. The song is from their upcoming album of the same name which will be released later this summer.

STORY:
Twenty-five years after her father’s interstellar exploration mission suddenly vanished from sight after passing Pluto, Captain Nalanie Kuhlmann and her crew are nearing Neptune’s orbit. Their mission is to venture beyond the edge of the outer solar system and activate humanity’s crowning technological achievement: the hyperdrive engine of their shiny new USS Neon. As they near the end of their 33 month cruise through the solar system, they are ambushed viciously by the double-crossing Dr. Goldwin’s minions. Surprised and outnumbered a thousand to one by the swarm of killer robots, our heroes have no recourse but to attempt an emergency hyperdrive jump. As the ship drifts out of conventional space-time and into an hyperspace bubble, the world as they know it fades around them. Will they make it? What awaits them in the Arcturus system? Will they ever see the Earth again?

Also Check Out: The Inferno Doll releases ‘Dollmination’ album at “Name Your Price”