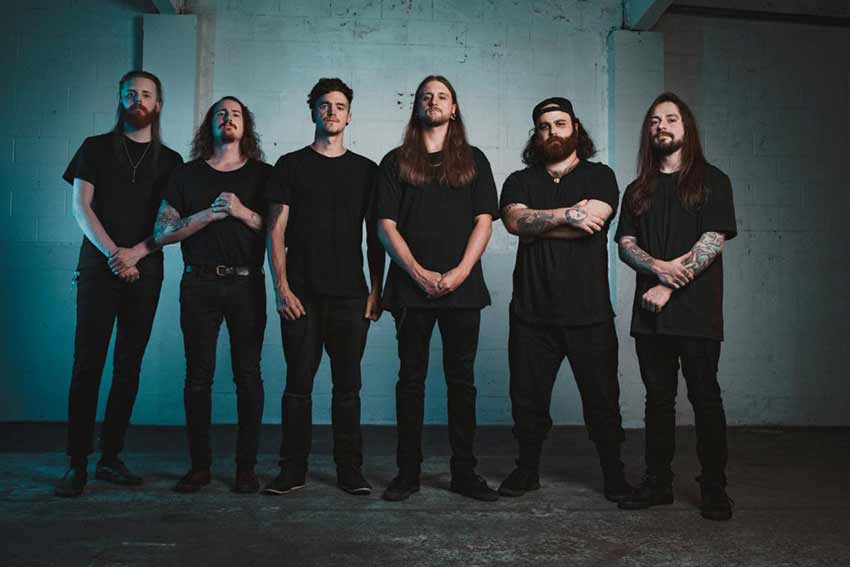 Northern Vancouver deathcore bunch AngelMaker have revealed their new song titled “Creators Conscience,” which you can check out below in official music video form. The tune is taken from the band’s newly released 2-track EP dubbed ‘Dawn,’ and serves as the first new material since the release of their 2019 self-titled album.

Vocalist Mike Greenwood comments, “We are excited to present our first single “Creators Conscience”. We wrote this song about a characters internal debate, to either let one’s creation learn from its mistakes and grow or to end its wrong doing and destroy it. It’s an epic, melody driven song with the right amount of heaviness.”

“AngelMaker’s dual-vocal and triple-guitar composition allows for new and diverse explorations of extremity, setting the band both inside and apart from the traditions of the deathcore subgenre,” adds a presser. “Beyond mere technical brutality, AngelMaker trade in emotion, taking listeners on immersive journeys within the songs. Like genre standard-bearers Black Dahlia Murder, Despised Icon, and Whitechapel, AngelMaker summon the most brutal elements of Floridian death metal and combine it with the coldest permafrost of Scandinavian black metal, without the theatricality sometimes clouding the genres.”