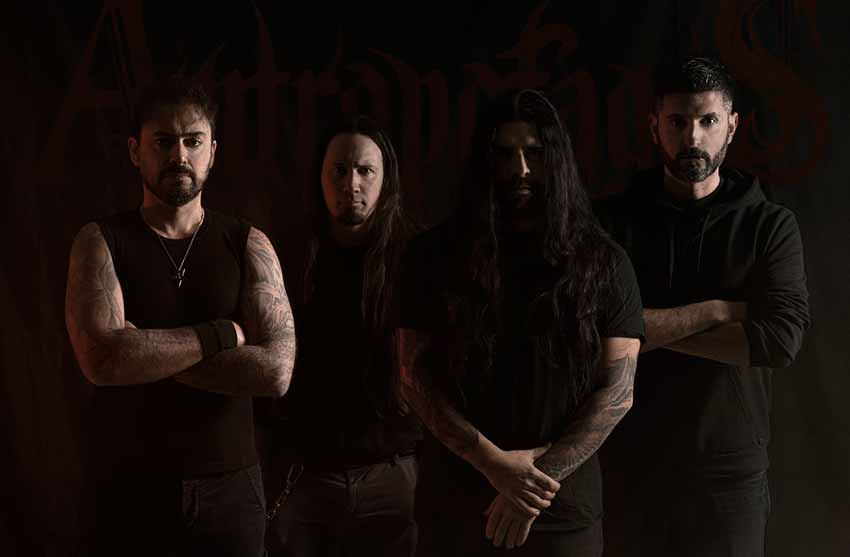 Agonia Records is pleased to announce the signing of the Italian brutal death metal quartet Antropofagus. The first fruit of this collaboration will be the band’s fourth studio album in 2022.

“We are extremely proud to become a part of the Agonia Records family and join forces with them for the release our new full-length album later this year,” comments the band.

Antropofagus plays complex, technical and brutal death metal, and made its first steps onto the scene in the late nineties. Despite being formed nearly a quarter of a century ago, “No Waste Of Flesh” (1999), “Architecture of Lust” (2012) and “M.O.R.T.E.” (2017) remain the only albums to its name.

Heavily inspired by the American death metal scene of the time, and band’s such as Suffocation, Cannibal Corpse and Deeds Of Flesh, Antropofagus fleshed out its debut installment in 1999, having earlier released a demo CD. “No Waste Of Flesh” marks the only album issued via Beyond Productions (a company known today as Masterpiece Distribution) and is looked back at with nostalgia by fans of the band, who’ve embraced it with a ‘cult status’. Stunted by personal struggles, the group went on a hiatus in 2002, from which it recovered several years later with a new line-up, featuring guitarist Francesco ‘Meatgrinder’ Montesanti (the only remaining co-founder), drummer Davide ‘Brutal Dave’ Billia (Hour Of Penance, Beheaded), bassist Jacopo Rossi (Dark Lunacy) and then-vocalist, Tya. The newly assembled personnel signed to Comatose Music and put out the split “Torso Trauma”, followed by the sophomore, Clive Barker & Benjamin Christensen-inspired album, “Architecture of Lust”. The album netted high-scoring reviews in Metal Hammer, Terrorizer, Rock Hard and Legacy magazines, a spot among Sick Drummer Magazine’s top 15 drumming albums, and live shows with Behemoth, Marduk, Carcass, Deicide and Gojira, to name a few. The band’s third and last installment, “M.O.R.T.E. – Methods of Resurrection Through Evisceration”, was preceded and followed by numerous festival appearances, including Brutal Assault, Barroselas Metal Fest, Neurotic Deathfest, Deathfest Open Air and Las Vegas Death Fest. The five-year gap that arouse since the release of “M.O.R.T.E.” not only saw the band hone its on-stage presence, but also served as writing time. Antropofagus’s next album – first to feature vocalist Paolo Chiti – is fast approaching.