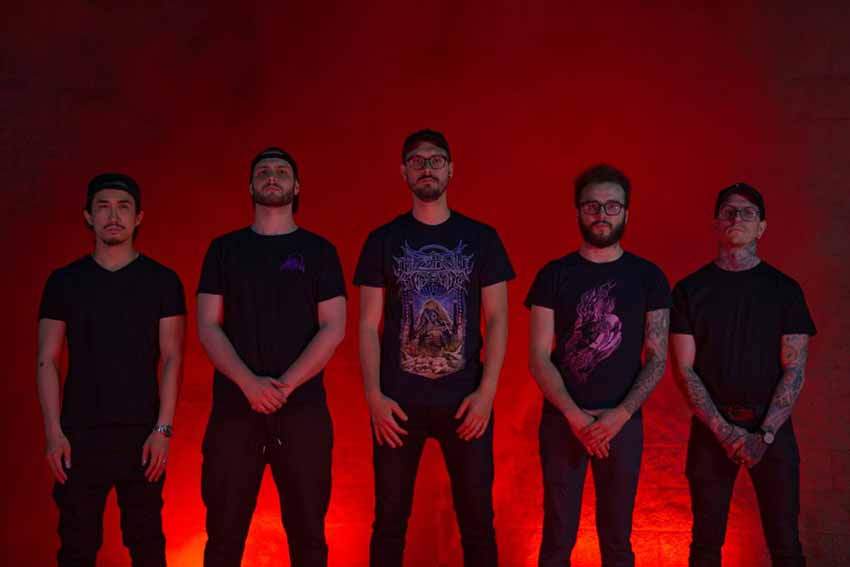 Canadian tech-death metallers Apogean have released a new music video for their song “Chrono,” which you can check out below.

In addition, Apogean have officially signed to The Artisan Era for the release of their debut full-length album, with more details on the impending LP to be released soon.

Here’s more on the band from a presser:
“Apogean is a five-piece technical death metal band from Toronto, Ontario, Canada, looking to transcend metal’s traditional realms with their musical machinations. Inspired by a variety of forbearing influences (Revocation, The Faceless, The Black Dahlia Murder, Soreption, Obscura, The Zenith Passage, etc.), they are ready and capable of embarking on an endless mission to discover the quintessential amalgamation of technical death metal. Apogean’s debut EP, Into Madness, was released on June 11th, 2021, with mixing and mastering from renowned metal producer Zack Ohren (The Faceless, All Shall Perish, Immolation, Entheos, Soreption, The Zenith Passage).”