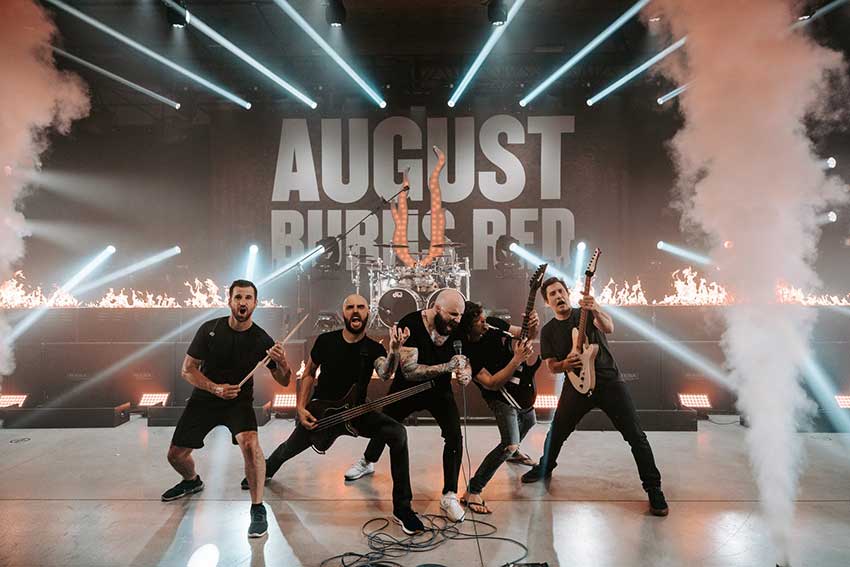 August Burns Red once again, and this time bigger and badder than ever before. If these guys aren’t perfecting their live show, I don’t know what this is all for. These dudes are clearly having the time of their lives performing each album in entirety. I mean take a look at Jake, I think he just quit his job at the punk rock lighthouse to come back and lead his trusty barbarians of metal to the shores of live streaming. Beard was on point, shaved head on point, extremely tight pants with cuffs – on point, sweatiness on point, salsa dancing tho, hmmmm, you gotta nice cackle out of me let’s say. Dude is a beast, but I have no idea how he wears such tight skinny jeans. My wiener would be gasping for air once I pulled them off, kudos to you sir.

The show was on fire, for real though, you wonder why there’s a gas shortage, maybe ’cause ABR burnt the house DOWN! The fire danced with the music, awesome touch, beautiful effects and like I said earlier, I would assume this is gonna start traveling with them. Looks too sick not to. The background logo reminded me of the new Mr. Bungle logo a lot. Almost too much. But I like their approach to the live stream. It’s very straightforward and acts like they’re on a stage in front of a very quiet audience. Compared to Puscifer who puts on more than just a live stream concert and features things like wrestling.

They used 120 different lights for the performance perfectly. My favorite part was when the lights looked like a slithering snake. If I was on acid and saw that I would lose my pantaloons. Just like Jake, my pants would start off like a desert but end up looking like a rain forest. Sorry.

At one point JB threw a pick at the camera. I really felt like I was there. 🙂

One thing I noticed was that they didn’t really feature Matt Greiner as much as I thought they should have. Definitely not enough drum cam. My favorite part of the whole show was around 54 minutes in when the the drum solo, I mean duo (Matt + Dustin), began and it was bonkers. F**KING KILLED!!!!

Ok, can we talk about the magnificent force that is Dustin Davidson. WOAH. Blew me away. Dude is a one man show, and nailed each section he was supposed to. Dustin and Matt together complemented each other extremely well and towards the end my mouth was open. As a drummer I love seeing innovation and I think Matt having someone to play off made his drumming that much better. Absolutely great set.

Even Jake’s screaming vocal range is crazy and this time around he f**king nailed it. Coffin 6 feet under and buried. They took a quick break and Jake came back slappin’ da bass with three screaming guitarists. Absolutely beautiful. There was also this scream from the bowels of hell from Dustin and Jake during “Poor Millionaire” that had my household looking around for the devil.

The show was amazing and I can’t wait for the tour. ABR announced the ‘Leveler’ 10th anniversary tour and I hope to be up front shooting photos this time around, especially because they are touring with one of my favorite bands, From Moth to Flames. It’s going to be a sick show and I can’t wait, be sure to look out for that (see tour dates below). 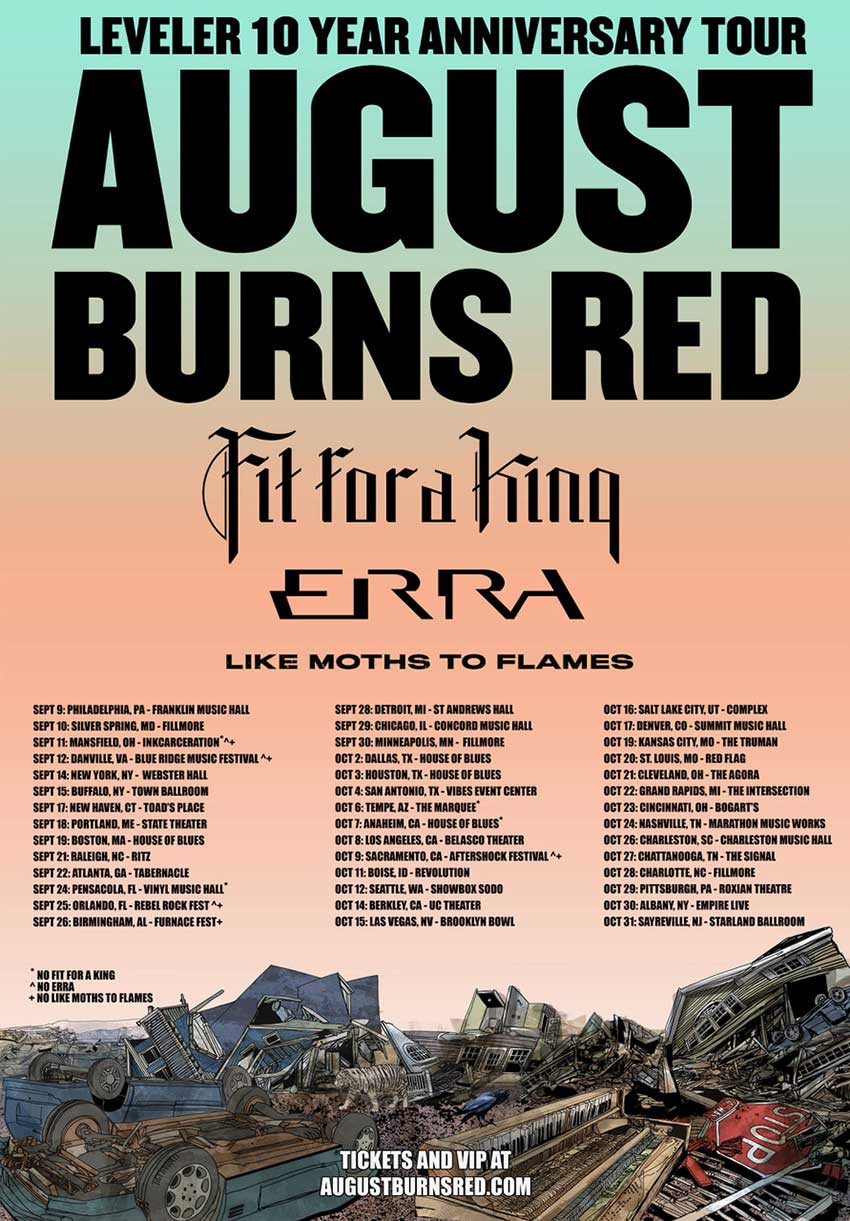 Also Check Out: The Melvins ‘TV Vol. 3’ stream is a guide to being a stoner (first impressions)