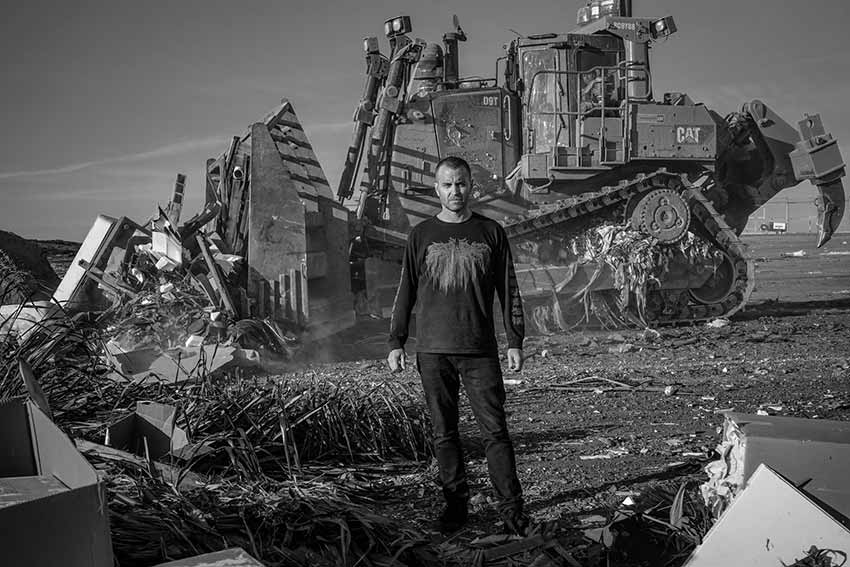 San Diego-based one-man noise maker Author & Punisher (aka Tristan Shone) has released his new track titled “Maiden Star,” which you can check out below. The song serves as the second tune to be unleashed from the act’s upcoming new album dubbed ‘Krüller,’ which drops on February 11th through Relapse Records (pre-order).

Tristan comments, “’Maiden Star’ continues the trudge of escape and survival from ‘Drone Carrying Dread,’ but with a focus on the vital interpersonal conflicts and triumphs that exist in times of war and peace. This track, my personal favorite from the balance of the heavy and the melodic, is deeply personal and painful at the same time. The first note both lifts me up and beats the shit out of me.”

Shone commenced work on ‘Krüller’ after returning from his opening stint with Tool across the U.S., Australia, and New Zealand, before having to cut the run short due to the March 2020 lockdowns. “Melody has been and is still a part of my sound,” states Shone. “I’ve always bathed them in a lot of reverb, delay, and distortion, though. This time around, I was bothered by the wall of distortion I had created. I wanted a little more clarity. I wanted to refine the sound. I wanted to step back from my own show and analyze it a bit. I had all these competing distortions that I wanted to streamline. I like contrast and wanted the vocals to be immediately noticeable. There’s something about mixing punishing drones and rumble with a mellow thing on top that I really like on Krüller.”

Author & Punisher has announced two rounds of 2022 European tour dates with a pair of North American performances scheduled for March. See dates below.