Reading, Pennsylvania proggy/extreme death metallers Black Crown Initiate have announced their ‘Doomed Escape Tour’ for later this year. The headlining run will feature support from Inferi and Arkaik — all tour dates are listed below.

Black Crown Initiate guitarist Andy Thomas comments on the impending trek, “It’s obviously been a long time coming for us all, and we couldn’t be more stoked to play the songs from “Violent Portraits of Doomed Escape” live. To be able to do that with our brothers in Inferi and Arkaik is the icing on the cake. See you all on the Doomed Escape Tour.”

Black Crown Initiate are touring in support of their 2020 release on Century Media Records, ‘Portraits of the Doomed Escape.’ The effort was recorded at the Think Loud Studios by Carson Slovak and Grant McFarland (Rivers of Nihil, August Burns Red, Lorna Shore). 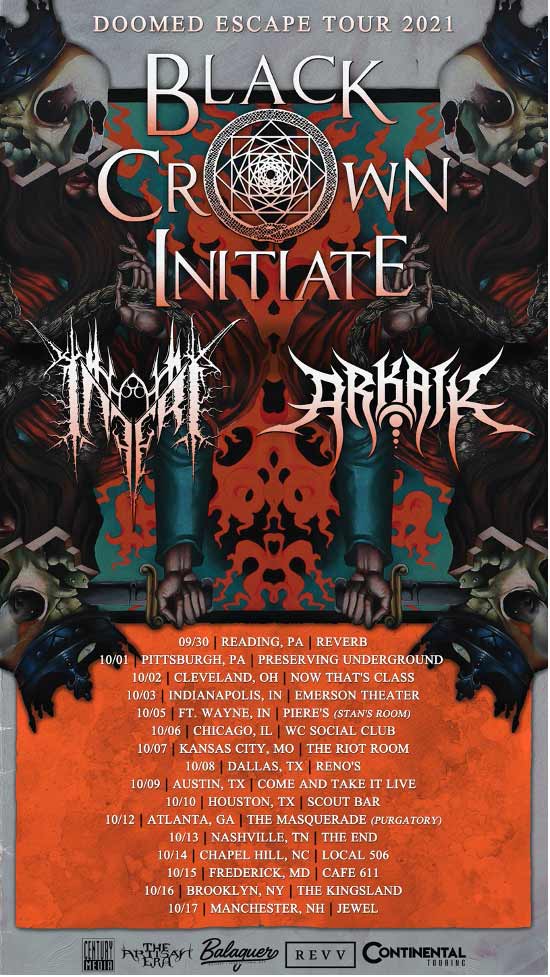