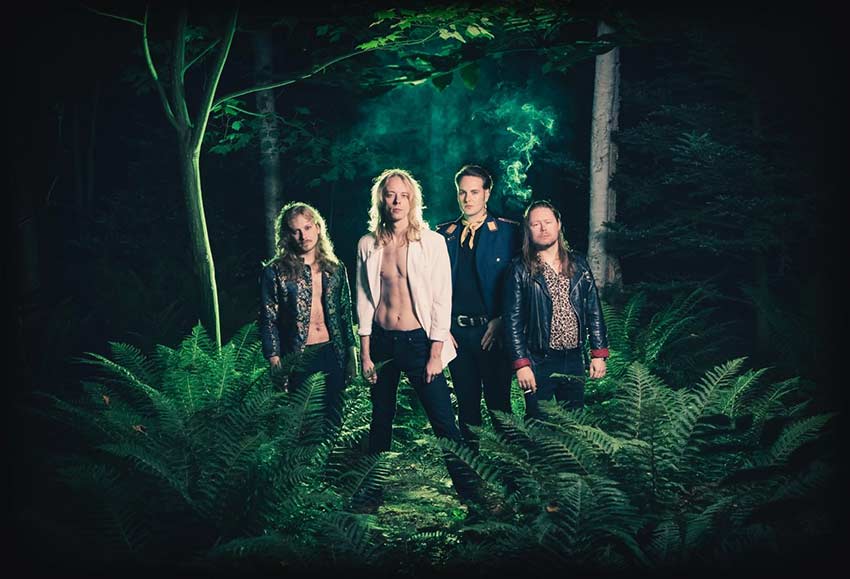 Napalm Records is proud to announce the outstanding hard rock outfit Bomber as their newest signing! Since the release of the debut EP ‘Arrival’ in 2017, the four-piece from Malmö, Sweden has been making waves and turning heads with their unique blend of hard and classic rock, combined with catchy hooks and top-notch guitar solos. Bomber’s hard rock feel is paired with a sense for crisp, modern rock production, resulting in them being one of the most exciting bands to keep an eye out in the genre!

Fans of bands such as Led Zeppelin, Iron Maiden and Def Leppard should definitely be excited for what’s to come from Bomber in the near future – the debut album is already in the works!


Bomber about signing to Napalm Records:
“We are very excited to become a part of the great Napalm Records! As we lay down the finishing touches on our debut album we look forward to a long and fruitful relationship with this mighty label and can’t wait for everyone to hear our new music. Beware the nocturnal creatures…”

Napalm Records A&R Sebastian Muench about signing Bomber:
“It is very seldom these days that you receive “demos” of a new band that you have never heard about and intstantly fall in love with there music, image and overall vision! Swedens Bomber is simply amazing and I can´t wait to release their debut album.”

Also Check Out: Nite sign to Season of Mist