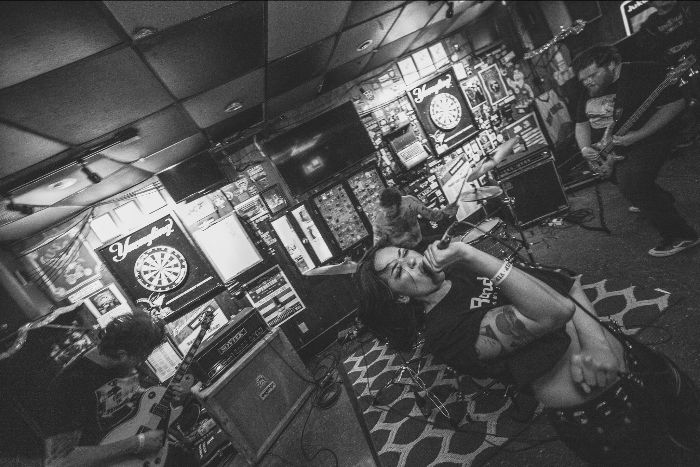 Capra is a metallic hardcore band roaring out of the depths of southern Louisiana. With high energy delivery and raging rock and roll hooks inspired by Converge and Every Time I Die, this is the band for their time and place.

Capra comments: “We in Capra are beyond excited to announce that we’ve signed with the legendary Metal Blade Records and Blacklight Media! The four of us are truly grateful for this opportunity, and we are stoked to work with such an incredibly talented team of people. We have a lot coming in the near future, including our debut LP, which we just finished recording.”

Fans can look forward to this upcoming debut full-length – which is currently being mixed by Taylor Young (Nails, Twitching Tongues) – in 2021 via Blacklight Media / Metal Blade Records. With their venom spitting frontwoman and hard rocking riffs, it’s hard not to be enamored with the lightning charged assault of these Southern hardcore devotees.

For a preview of their captivating live show, a performance video for “Torture Ship” – from their self-titled/self-released single released earlier this year – can be viewed at: