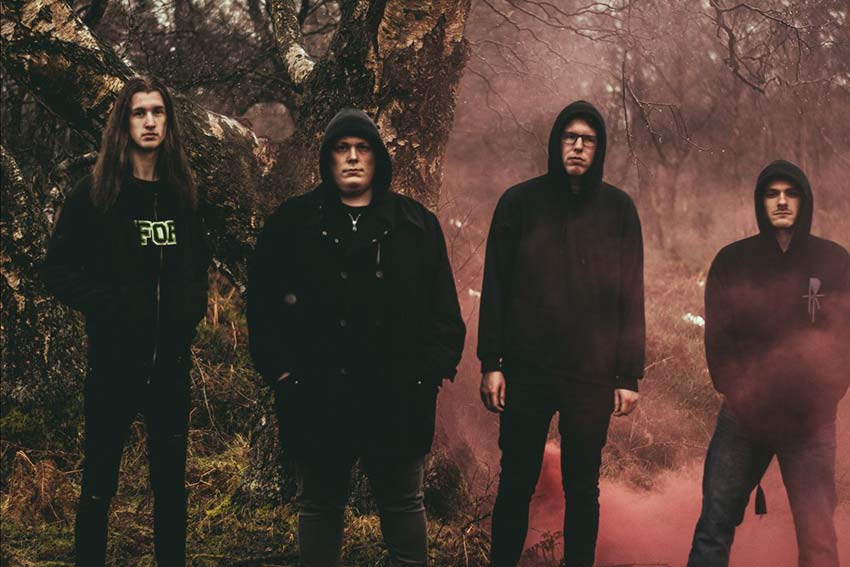 Sludgy UK post-metal heavyweights Conjurer have signed a worldwide deal with Nuclear Blast Records. Their still-untitled second full-length and follow-up to their critically acclaimed 2018 debut album, Mire, is set to be released later this year.

Conjurer’s Brady Deeprose (guitar & vocals) comments:
“CONJURER are extremely excited to partner with Nuclear Blast worldwide for the forthcoming release of our second album. Having spent the last year or so getting to know Monte Conner, we count ourselves lucky to be working with not only a true legend in the world of heavy music but one who continues to champion exciting, forward-thinking art. We’ve now also been introduced to Barley and the rest of the international team at NB and it’s evident that they understand our mentality and want nothing more than to support and nourish our creativity. In what has been an awful year on so many levels, we are grateful to have found the right home for our music. We look forward to working together with NB to bring you our sophomore album in 2021, and much more in the years to follow.”

Nuclear Blast’s A&R legend Monte Conner states:
“I am thrilled to welcome the mighty CONJURER to the worldwide NB family. I must stress “worldwide” because I originally signed them just for North America, but due to a change in circumstances I got to sign them again, and this time for the WORLD! So, I guess you could say I liked these guys so much that I signed them TWICE! When COVID finally lifts, be sure and see them live as they will absolutely blow you away.”

European A&R at Nuclear Blast, Nathan Barley Phillips, adds: “My first experience of CONJURER playing live was during a cold and miserable night in Milton Keynes in 2016 – I didn’t think there was a band capable of radioactively reheating my bones whilst also matching the utter bleakness of the weather outside. CONJURER achieved it in droves, and I’ve been a fan ever since. Absolutely stoked to serve as European A&R for the band during the next chapter of their career.”

You can watch the video for “The Mire” and stream the band’s first two full releases here: http://nblast.de/Conjurer-Catalogue

The future of British metal lies in safe hands with Conjurer, who continue their journey as the country’s most exciting young metal band with their signing to Nuclear Blast worldwide.

Hailed as one of the metal world’s most devastating, thrilling experiences, Conjurer are a band never content to rest. Following Mire’s release in 2018, the quartet soon toured Europe for the first time, appeared at multiple UK festivals, and support of doom titans CONAN and WILL HAVEN.

In the following years, the band has toured the US twice, supporting RIVERS OF NIHIL (stopping to record an Audiotree session along the way), and then VOIVOD, with REVOCATION. 2019 also saw Conjurer’s debut Download Festival appearance, thrilling a packed-out Dogtooth stage, and the release of the joyous collaborative project with PIJN, titled Curse These Metal Hands. Later in the year, a split EP with PALM READER was released, containing two cover songs by each band.

It was only at the end of 2019 that Conjurer closed out their triumphant Mire cycle, with a sold-out UK run – their debut headline tour. Despite Covid-19 preventing live appearances for the majority of 2020, the band has unsurprisingly been busy, writing and recording their highly-anticipated second LP.