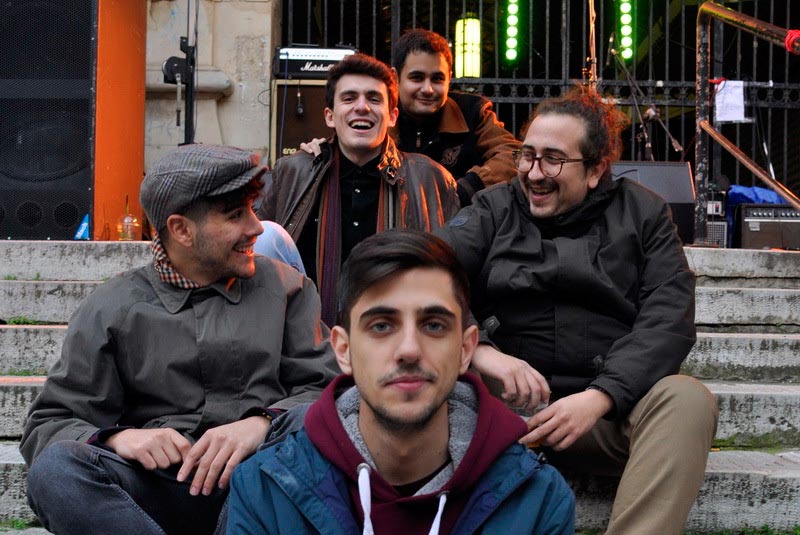 Celestial and groovy, Cosmonuts is here to keep the late 1960s psychedelic rock spirit alive with old-school guitar tones, vocal lines and tight grooves, since 2013. They pull inspiration and combine elements from classic psychedelic rock heroes like Jimi Hendrix, Pink Floyd, The Doors and Cream to modern post-rock bands like Maybeshewill, whilst shaping their own distinct identity. Their sound is familiar and mysterious simultaneously, with unexpected twists in the groove and melody which constantly alters the song’s feel. Their lyrics are oscillating between abstract, cosmic and raw, earthy concepts, using both poetic allegory and prose realism.

Starting off in an underground studio in the small town of Chania, the teenage Dimitris Kapouranis (vocals), Pantelis Kiassos (drums/vocals), Petros Panigirakis (guitar/vocals), Christos Klaridopoulos (bass/vocals) and Yiannis Panigirakis (guitar) quickly managed to spread their stardust through gigs, in which they created an atmosphere of a celestial party and a feeling of observing the life on earth from the stars.

They collaborated with the experienced producers George Priniotakis and Clyde Jabra in Artracks studio, Athens, creating their first release Holidays In Andromeda in 2017, an introduction to the band’s tonal cosmos. Faithful to the combined arts concept, the album’s artwork was a psychedelic colorful work created by Danae Geitonaki and edited by After Π.

Currently, Cosmonuts has embraced musical and semantic elements from the Greek and eastern tradition, following the example of the famous Greek rock band of the 1970’s, Socrates (Drank the Conium). Adding these things into their style, they have composed new tracks aiming to open exciting new doors for their future.