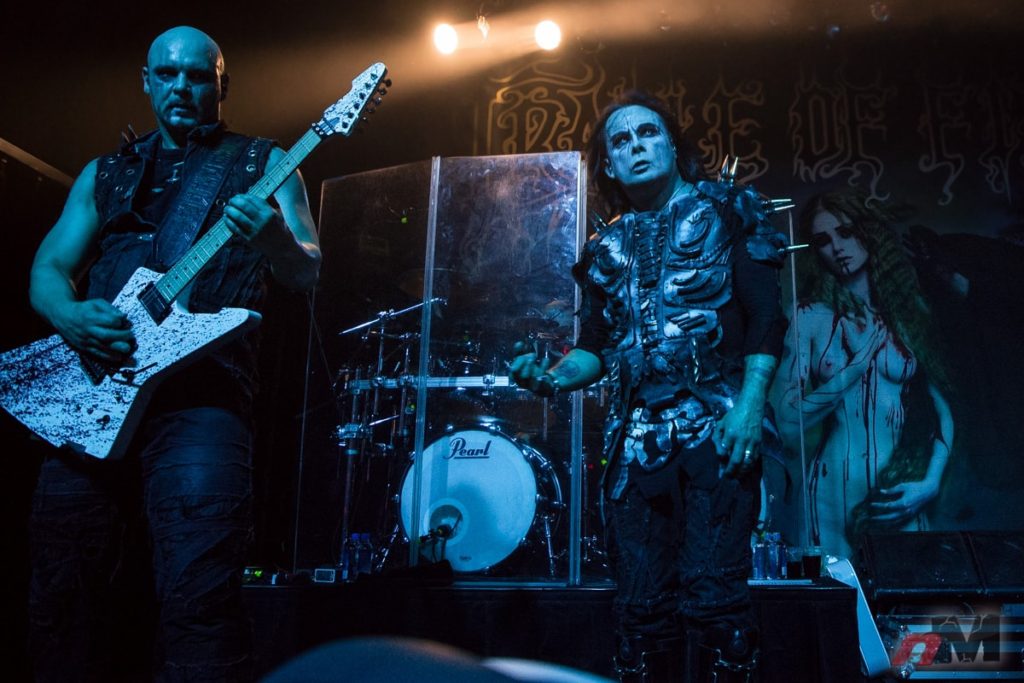 UK goth/extreme metal horde Cradle of Filth have revealed their new comic book anthology series by the name of ‘Maledictus Athenaeum’ which is presented by Incendium / Heavy Metal Entertainment and under the all-new music focused OPUS imprint. Check out the artwork for issue #1 at the end of this post.

In the ruined halls of the Maledictus Athenaeum lie occult histories, sealed records, and cursed artifacts – this unholy archive explores the far corners of CRADLE OF FILTH’s musical legacy, a vast universe of Ageless Vampires, Mythical Creatures and Vengeful Gods. The Countess, The Huntress, Lilith, The Manticore, and many more, will be revisited in stories from an all-star roster of comics talent from the pages of Heavy Metal Magazine and beyond.

Maledictus Athenaeum begins as a 5-issue series. The first print edition of each issue will be released as a prestige format limited edition collectible comic book, featuring cardstock covers, specialty foil treatments, glossy pages, and individual numbering. Each first printing will be limited to 2500 copies at $16.66, and available to order from [LINK]. The first issue is available to order now and ships May 2021.

CRADLE OF FILTH’s collaboration with Incendium for the forthcoming comic series and action figures provides an incredible opportunity for fans to indulge and explore the mythologies and murk at the heart of the band’s lyrical compositions. As an avid collector of Horror figures for decades now – citing the enclosing walls and shelves of my home crammed with toys and memorabilia as an example – I was only too eager to embrace this emphatic union with a company that is as excited about bringing our brand of lascivious Gothic darkness to glorious undeath as we are.

Dani has created such a rich mythology across CRADLE OF FILTH’s discography and we’re thrilled to explore those dark fantasy worlds with our ‘Maledictus Athenaeum’ anthology, an ever growing gothic library that’s sure enthral readers with an irresistible blend of horror, romance, mystery, and mayhem – featuring incredible visuals to inspire all manner of toys and collectibles across our lines.

The cursed tales of Maledictus Athenaeum will extend beyond the printed page into toys and collectibles. Dani Filth and the iconic Succubus of CRADLE OF FILTH’s 2001 album Bitter Suites to Succubi make up Wave 1 of the CRADLE OF FILTH action figure range, also available to pre-order for $29.95 each from [LINK], shipping June 2021.

To begin with are figures of ‘yours ghoulie’ Dani Filth resplendent in my onstage battle outfit; accompanied to war by the cruel, domineering Succubus from the ‘Bitter Suites To Succubi’ album cover art, who is explored further in the first of many comic book adaptations to be unleashed in ‘Maledictus Athenaeum.’ Both figures come delivered with classic action figure aplomb, whilst the comic book art is both visceral and evocative and is totally stunning. Naturally we cannot wait for fans and collectors alike to get their claws on these unique, exquisite treasures and given the depth of CRADLE OF FILTH’s extensive discography and with a wealth of dark occultisms to draw upon – having tackled the morbid and sordid tales of Elizabeth Bathory, Gilles de Rais, Lucifer and Lilith as full-blown concept albums already- our collaboration with Incendium promises to be a marriage forged in Hell that prospers for aeons…

As posted, Cradle of Filth recently revealed their new full-length album ‘Existence Is Futile’ which is due out later this year through Nuclear Blast Records.

In addition and ICYMI, CoF were forced to postpone and reschedule their Halloween live stream concert. The virtual gig now happens on May 12, 2021 from the St. Mary’s Church in Colchester. Get your tickets at cradleoffilth.veeps.com. 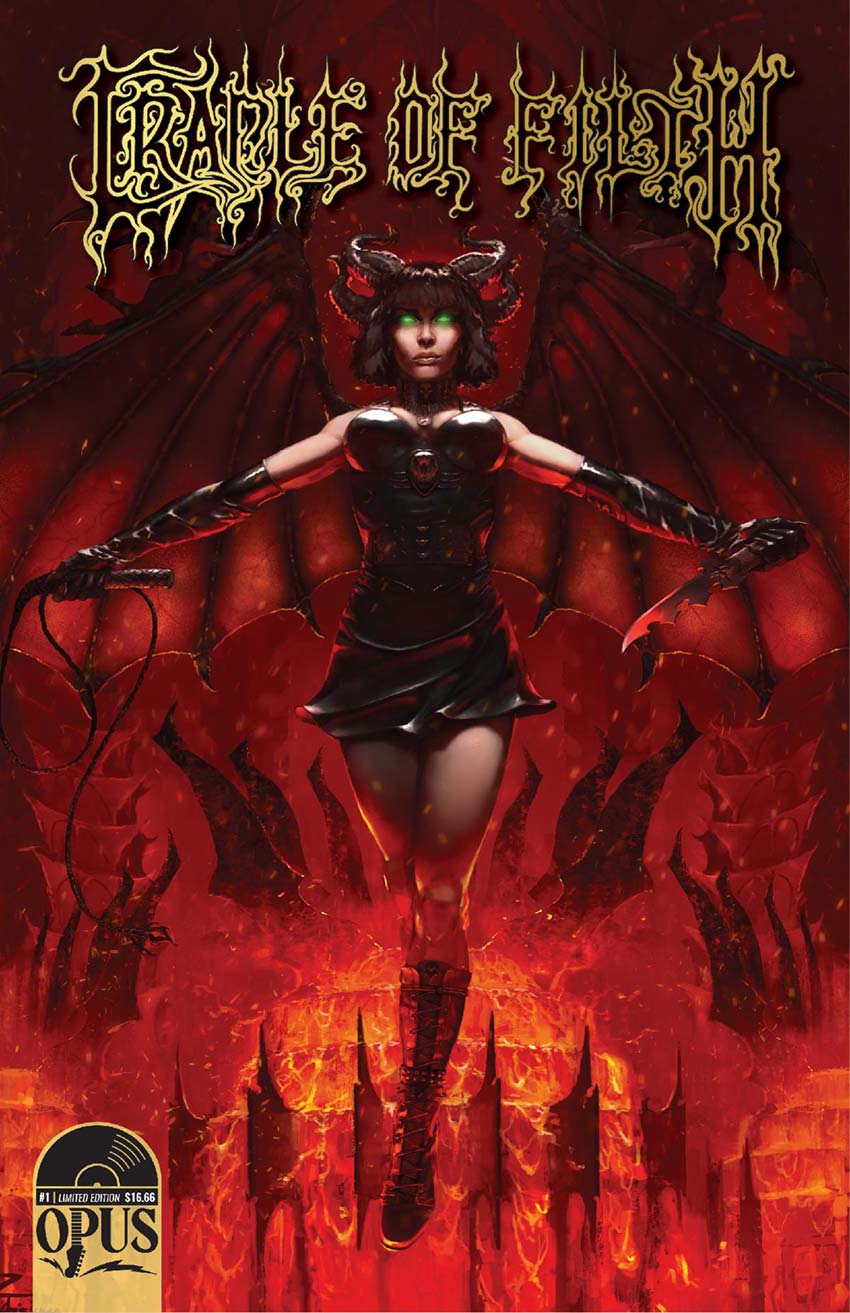