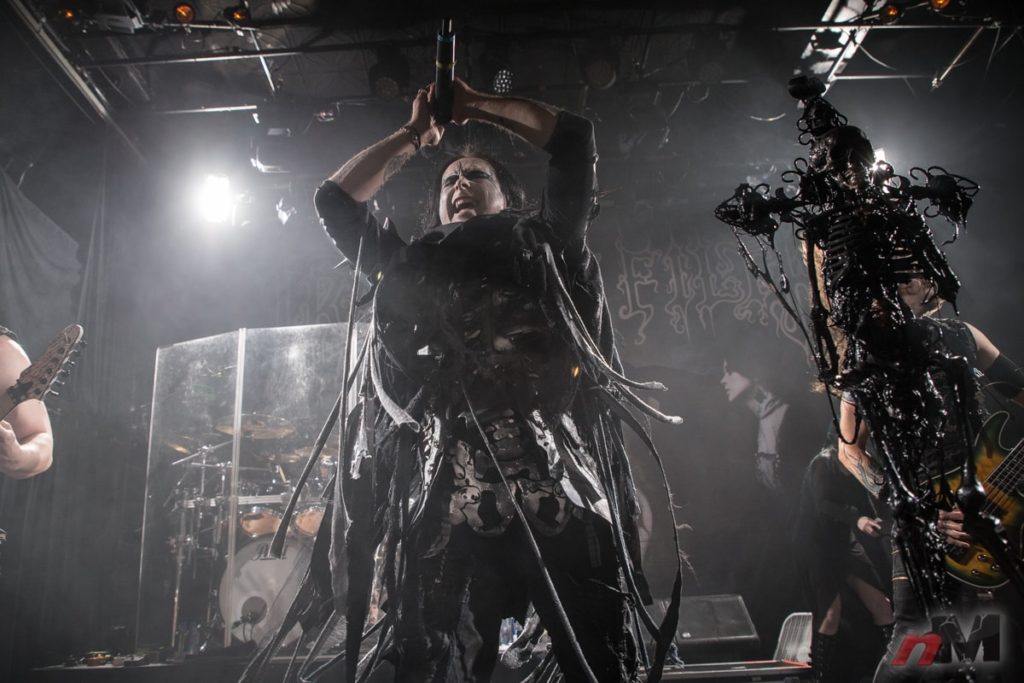 British extreme metallers Cradle of Filth have officially confirmed the postponement of their impending live stream event, which will now take place from a new undisclosed location (the gig was initially scheduled to air from St. Mary’s Church in Colchester Art Centre, England).

“The concert will begin at 5 p.m. EDT/2 p.m. PDT and will be the first live performance of CRADLE OF FILTH happening in 2021 A.D., the year of the plague,” notes the new announcement. “With this atmospheric online extravaganza, the band promise to deliver a show of malefic proportions to pave the way for the upcoming album.” Get tickets via Veeps — see the new flyer below.

They add: “Besides the digital ticket to the live stream, fans will also be able to purchase two different exclusive t-shirt bundles as well as an exclusive limited to 100 people VIP Meet & Greet experience with the whole band. If you are unable to watch the show live, tickets will be available to watch or re-watch this massive show on the site until May 26th.”

Regarding Cradle of Filth’s new album, it’s titled ‘Existence Is Futile’ and it’s due out later this year through Nuclear Blast Records. Marking their 13th LP, the effort was recored at Grindstone Studios with producer Scott Atkins and features artwork from Arthur Berzinsh.

“The stunning new album is everything you can expect from the many shades of black that go to discolor a CRADLE OF FILTH release and far, far, worse” said mainman Dani Filth regarding the upcoming album, which will also feature a new as-yet-named keyboardist/backing singer. 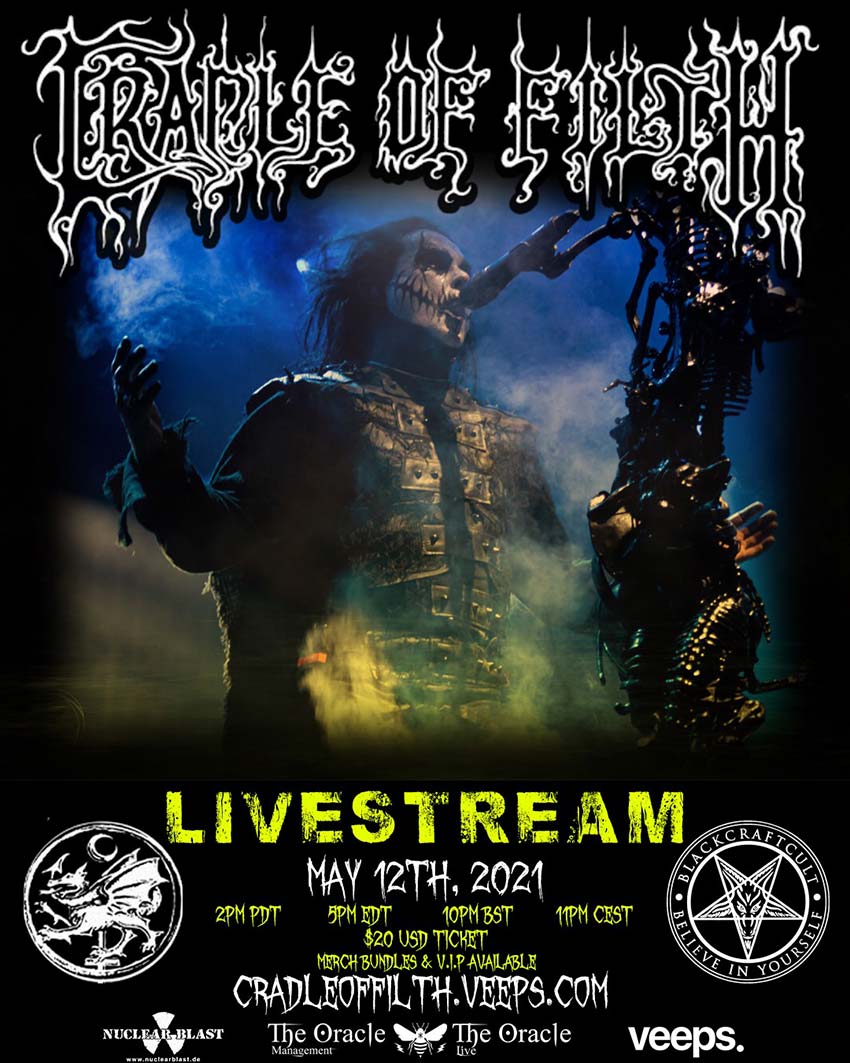