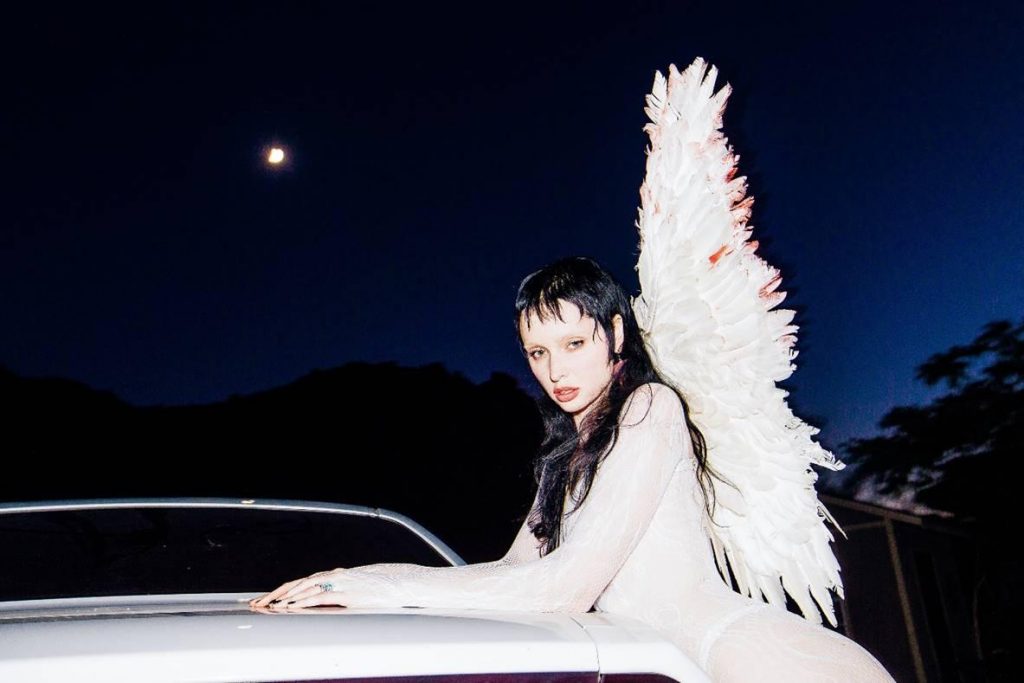 Canadian-born musician Dana Dentata has announced her signing with Roadrunner Records, becoming the first female solo artist signed to the label, and has shared the performance art film, ‘The Resurrection of Dana Dentata‘ [embedded below]. Conceptualized and directed by Dentata, the 20-minute piece captures her as she carves through performances of tracks from her 2019 EP Daddy Loves You, as well as brand-new material with an unapologetically raw expression of sexual power.

Next week on October 8th Dana Dentata will drop “Do U Like Me Now?” – her first new music of 2020 and a preview of her forthcoming debut album, Pantychrist. Expected to arrive next year, Dentata has been finalizing work on Pantychrist, collaborating in the studio with artists / producers: Dylan Brady of 100 Gecs, Kris Esfandiari of King Woman / Miserable, Robokid, Yawns and Fish Narc of GothbBoiClique, and more. Additionally, she is set to feature in the genre busting horror / musical podcast, Halloween In Hell, which will premiere October 10th via all podcast platforms.

With her brazen rhymes and authoritative flows, Dana Dentata has gained distinction for being equal parts empowering and provocative. By pairing her unapologetically sexual lyrics with production that is just as menacing, Dentata creates liberating, femme-centric hip-hop. A native of Toronto, Canada, she grew up inspired by artists ranging from Britney Spears and Hole, to Marilyn Manson and Eminem. At the end of 2019, Dentata performed at Los Angeles’ Rolling Loud Festival and released Daddy Loves You, an EP inspired by fragile masculinity, big dick energy, misogyny and shame.