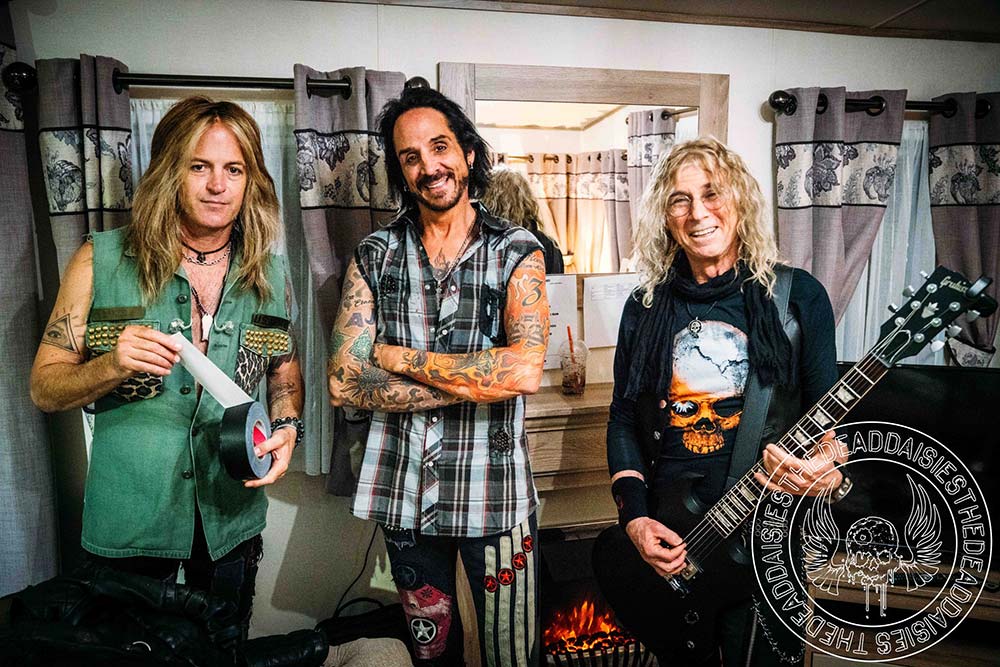 Regarding the upcoming LP, the band states: “We’’re thrilled to be releasing our upcoming album in collaboration with Spinefarm Records. This album is very important to us and we all felt we needed to take the next step not only musically but also from a label perspective. Along with Jonas, Maria, Dante and the rest of the Spinefarm team, it’s time to crank up the engines and get to work on this next chapter with Glenn. So come to a show, enjoy the ride and ROCK with us, we can’t wait for you to hear it!!”

Spinefarm General Manager Jonas Nachsin declares: “We are very excited to partner with The Dead Daisies on their newest and best album yet. With the addition of Glenn Hughes, all the work they’ve been putting in over the last few years will realize its full potential with this release. As we’ve been steadily adding both new and career artists to the Spinefarm roster, we extend a big welcome to The Dead Daisies on joining our rock ‘farm.”

Expect more album details to come soon. Check out a Dead Daisies teaser clip from the studio below.