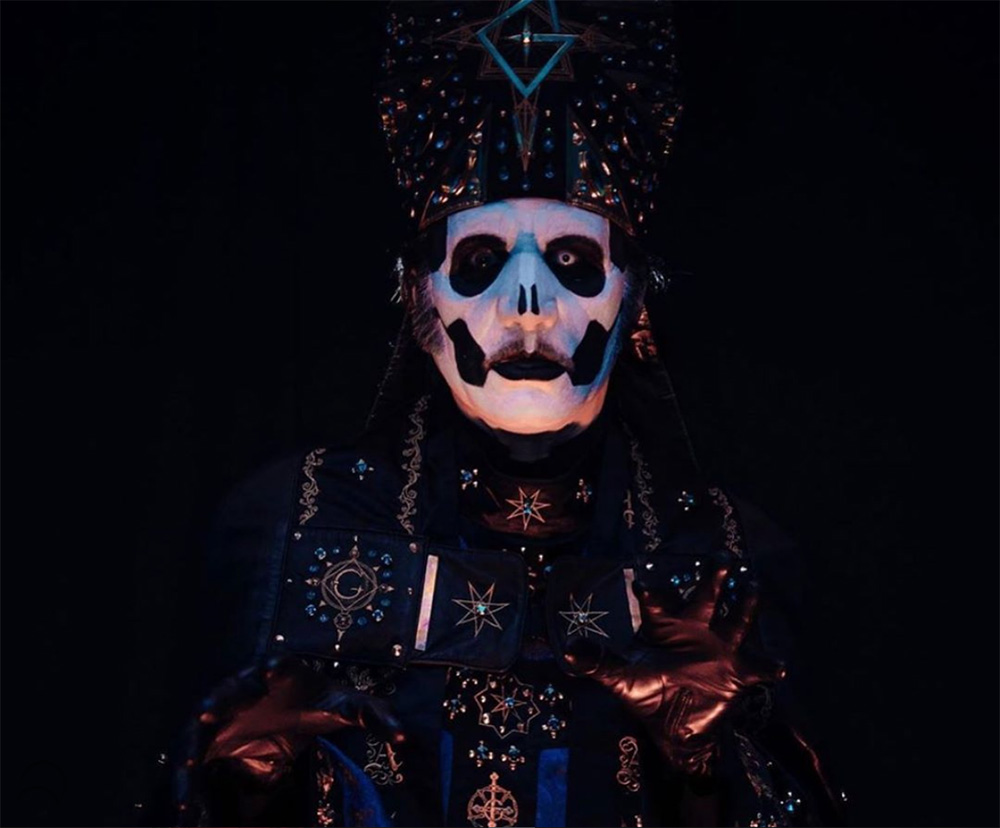 Via fan-filmed footage from the show (see below), we see the Sisters of Sin surrounding Cardinal Copia and seamlessly transforming him into his new embodiment. The ritual occurred halfway through the band’s set, right before track “Con Clavi Con Dio.” Papa Emeritus IV and the Nameless Ghouls would go on to perform nine more songs.

Additionally, and prior to Copia being elevated to Papa Emeritus 4, the great Papa Nihil unexpectedly collapsed and (assumingly) died during his “Miasma” saxophone solo — RIP.

The Mexican show marked the end of Ghost’s touring cycle for their latest LP, ‘Prequelle.’ The band are currently plotting a new record, slated for release in 2021.