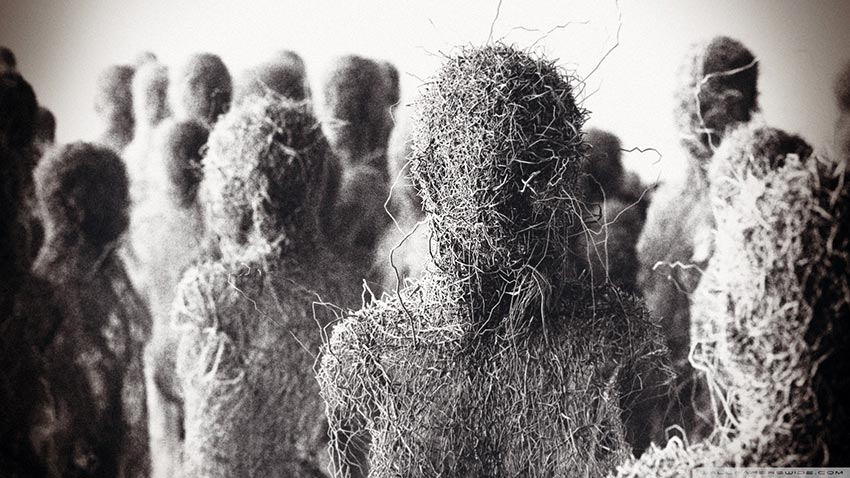 Death Of A Dryad signed a deal with Wormholedeath for the physical release of their new album ‘Hameln.’ The digital format will be unleashed via Trisol Music Group.

Initially the album should have been out on December 2020, but the 2nd Covid wave, that is hitting Europe heavily, delayed the release. All the dates TBA. Death Of A Dryad (DD) is an atmospheric dark metal duo from France, whose universe mixes metal riffs with atmospheric ambiances

“Although this year has been trying for everyone, it was also quite an intense one for us. We were lucky enough to enter Tidalwave Studio at the beginning of the year right before the first lockdown to record our upcoming album “Hameln” and then to sign its release through Wormholedeath and Trisol. We are extremely grateful for their support!

Trisol label includes bands that inspired Death of a Dryad a lot – Project Pitchfork for example, whose song Requiem is covered in “Hameln” -, and Wormholedeath is delivering a tremendous amount of energy to release the album worldwide in these strange times. ﻿“Hameln” is our second full-length album in which we chose to explore the story of the Pied Piper of Hameln. But more than a simple story, we felt that we could relate the Piper’s story to Death of a Dryad universe, as we see it as a metaphor for the vengeance of a nature overexploited by man, eventually leading to its own end. Although unwanted at the time of the recording, it echoes strangely with what we are facing now.”

The band comments about the delayed album release:

“We initially planned a world-wide release on the 3rd of December, but the second wave of COVID is hitting us hard in Europe, and we will had to delay this release to the end of February 2021.” 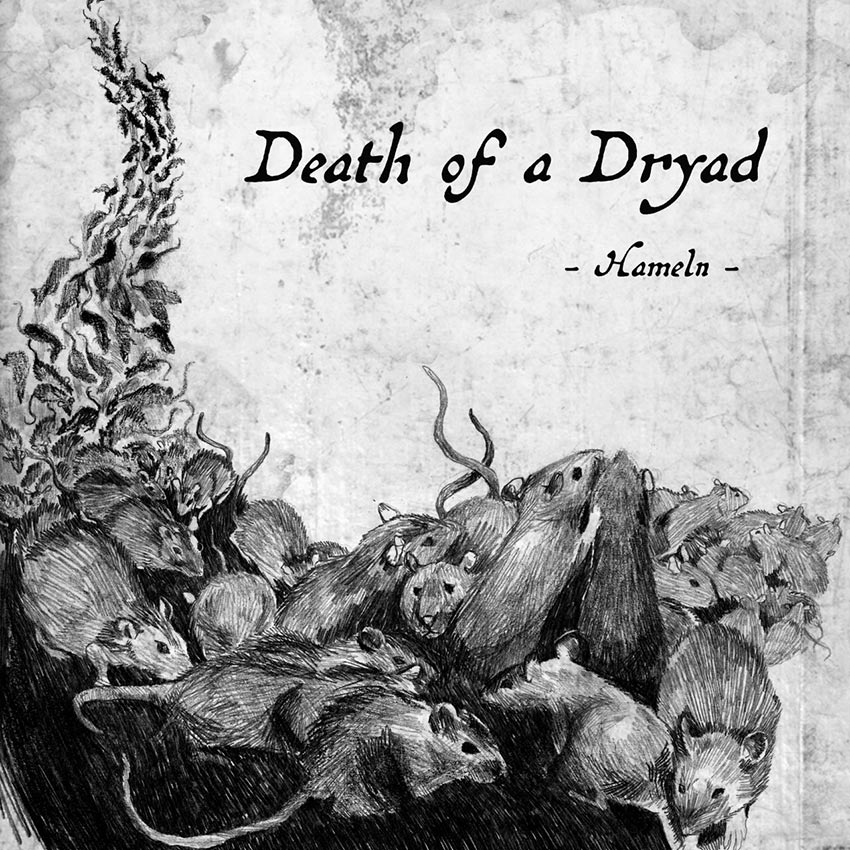 Recorded between January 2020 and March 2020 at Tidalwave Studio and Dark Faery Records studio.

﻿Hameln is a concept album loosely based on the Pied Piper of Hamelin, and suggests a succession of musical tableaux. ﻿The story takes its roots from an old medieval legend, from which the oldest reference dates back to the XVth century, and recounts facts from 1284. ﻿An array of ancient instruments were used to create a dark medieval atmosphere suitable for our story, emphasizing the ﬂute, common thread throughout the al﻿bum. Hameln starts at a crucial turning point, when the city is being freed from a rodent infestation, and the Piper is betrayed by his kin. ﻿Every song depicts a diﬀerent part of the story from the Piper’s point of view who, as nature’s herald, is torn between his will to save mankind and the sentence ﻿he has come to deliver. More than a simple story, Hameln is a metaphor for a nature overexploited by man, that will ultimately be his undoing: the children’s death symbolizes the ﻿destruction of the future of mankind. The Piper knows he has to kill the children to restore a balance destroyed by man, blinded by thirst for power and greed, endlessly plundering the Earth with no consideration for its well-being. ﻿Every song follows Robert Browning’s poem The Pied Piper, and the audio extracts are read by Robert Hardy. 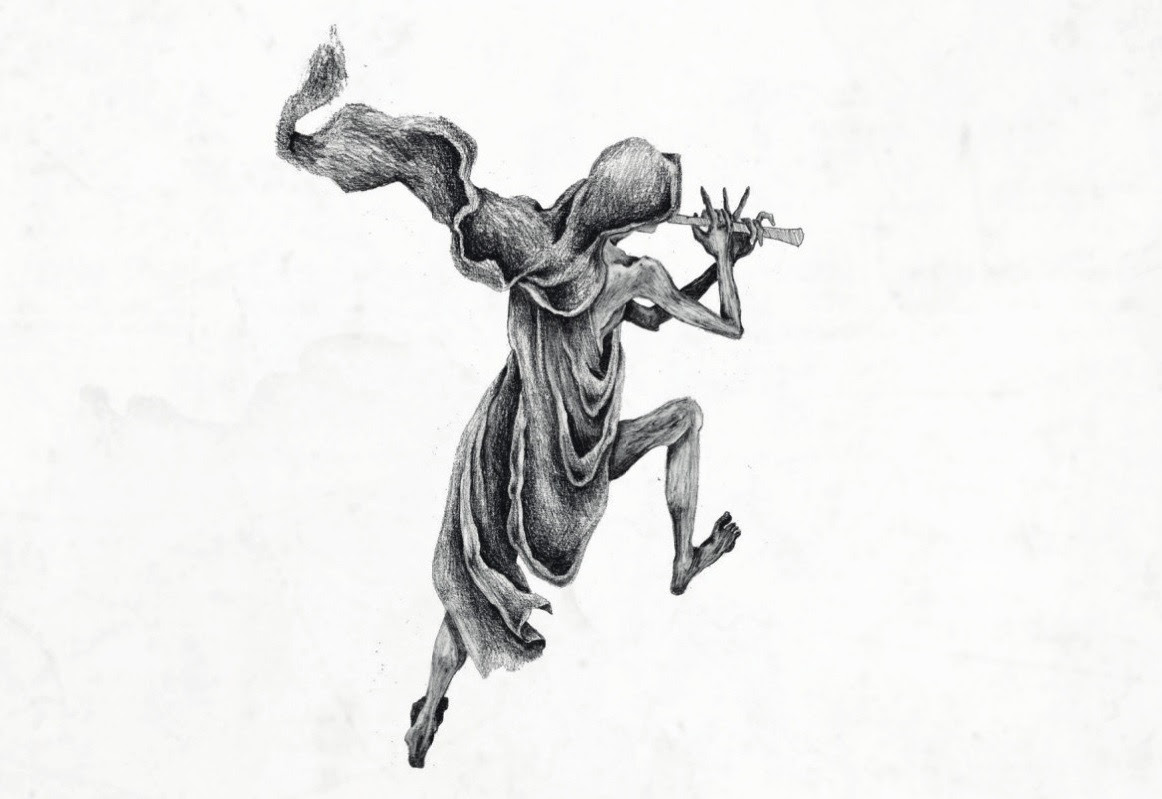 ﻿Death of a Dryad (DD) is an atmospheric dark metal duo from France, whose universe mixes metal riffs with atmospheric ambiances. ﻿DD musical style creates dark, melancholic and sometimes apocalyptical atmospheres inspired by the fatalist awareness of the dereliction of our world and the loss of our bounds with nature. Their musical style ranges from grievous metal to nostalgic medieval tunes, blending old musical instruments ‐ such as ﻿psaltery, hurdy‐gurdy, Renaissance recorder or lute ‐ to electric guitars and drums. Lyrics complete the music to create very personal and arousing songs depicting a decaying universe of lost hope and old legends. Their self‐titled debut album ﻿was released in February 2014 on Dark Faery Records and Seventh Crow Records labels, and received positive reviews from several magazines like Orkus, Obsküre, ﻿ Sonic Seducer, and webzines. In 2015, they released a cover of the song Dead Souls from Joy Division on the tribute Touching From a Distance (TSC Records / Seventh Crow Records).

In March 2016, they recorded two new songs that were mixed and mastered by Patrick Damiani at Tidalwave Studio (Sopor Aeternus, Falkenbach). They would ﻿be included, along with Dead Souls, in their EP “Blight”, released on Dark Faery Records on June 30th, 2016. In 2018, DD starts working on a new concept album revolving around the Pied Piper of Hamelin. Composing takes time for DD: time to live stories they want ﻿to tell, to share feelings felt, and above all, to feel the urge again to transform the harshness of life into music so they can share it with others. ﻿The duo is composed of vocalist / guitarist Nogh who also played in Obnoxious, and bassist / ﬂutist Carol who played with Necroblaspheme. They also both play in the metal band Mind Imperium.