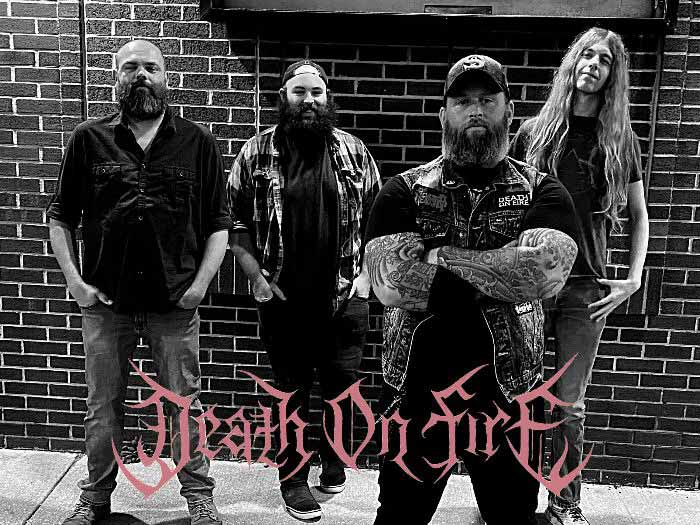 Earlier this month, Midwestern melodic death/thrash metal outfit Death on Fire released their cover of the Type O Negative classic tune “World Coming Down,” which serves as the title-track to the Brooklyn goth/doom metal legend’s 1999 record. Today, Death on Fire premieres their official music video for said track exclusively through NextMosh — check out the clip below.

Singer Tim Kenefic tells us, “This video was fun to make. It has a very deadpan comic approach to it which matches the humor of the original band. This is a tribute to Type O Negative and gothic music. An homage to the masters.”

Death on Fire previously stated, “Tim has always been a huge fan of TYPE O NEGATIVE. We have wanted to do a cover of one of their songs for a long time. “World Coming Down” is one that has everything they do well, and the bridge is a heart-breaking rationalization for self-destruction. It is very moving.”

“World Coming Down” follows Death on Fire’s latest EP, ‘Six Foot Box,’ which they independently released this past July. Regarding the cover, a presser adds, “At over 11 minutes long, it’s a personal, emotional track that draws on elements of the gothic. DEATH ON FIRE deliver dark, harsh vocals and heavy instrumentation bringing their own identity to the track, while maintaining the intimate, personal mood of the original. The distorted guitar tones give the cover a powerful edge producing an immense sound.”