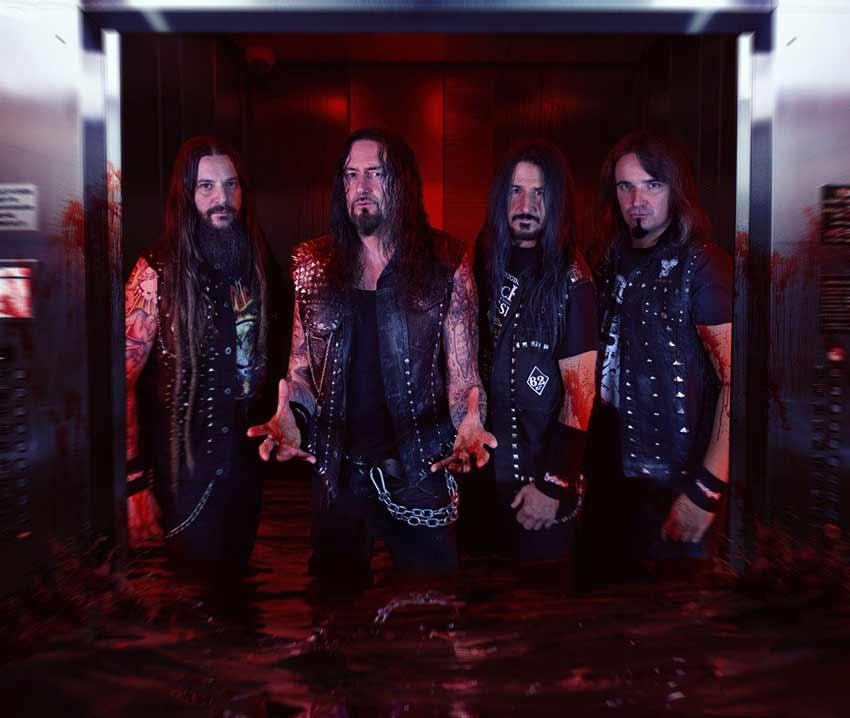 German thrash metal legends Destruction have surprise-released their new 12” single and video titled “State of Apathy” — check out a stream below.

A presser states, “Featuring legendary SCHMIER on vocals/bass, DESTRUCTION releases an absolute thrash banger with “State Of Apathy”! With tight guitar riffs and unmistakable vocals, DESTRUCTION once again showcases how they have earned their spot in the world’s elite of thrash metal, reaching #26 on the German album charts with their latest album, Born To Perish. Bone-crushingly dynamic drums kick off the song – leaving no neck unbroken. DESTRUCTION delivers thrash metal to the fullest!”

In addition, Destruction are welcoming new guitarist Martin Furia (also known for his work as sound engineer and producer for Nervosa, Evil Invaders and more), who replaces long-time guitarist Mike (“due to personal and musical differences,” as per the label).

ICYMI, Destruction are also celebrating the release of their new live effort, ‘Live Attack,’ which you can pick up here.