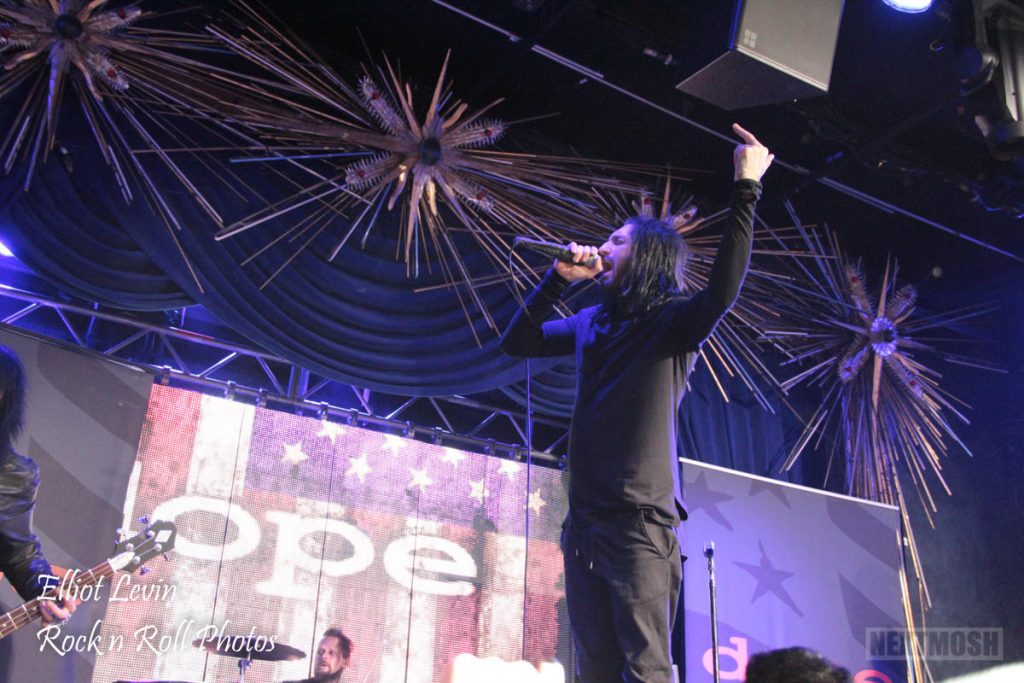 Dope burned their way through a short but brutal set at Sony Hall on a cold November Sunday night.

Setting the stage for headliner Static X, Dope blasted their hometown NYC crowd with classics like “Everything Sucks,” “Debonaire,” and “Bitch.” They paid respects to old school fans coming out to celebrate the band’s 20 year anniversary, Edsel Dope wryly thanking “those who have been with us since the beginning” for also getting babysitters and dealing with back pain. But there were no signs of old age in the SRO crowd when Dope smashed into the mosh-inducing “Die Motherfucker Die,” followed by a medley of “I’m Back,” “Burn,” and “Sick.”

Closing out the night with “the stupidest song ever,” Dope wrapped up with their adored cover of “Right Round (Like A Record),” with the entire Sony Hall dancing along. While the band’s set was far too short for a direct support act, and certainly unrelated to the rumors of Edsel pulling exhaustive double duty on the tour as Static X‘s masked vocalist Xero, the ear-shredding, neck-snapping assault more than whet appetites for Dope‘s next headlining visit to the Big Apple.

All photos by Elliot Levin