A presser says, “Following the recent success of their 15th studio album A View From The Top Of The World, two-time GRAMMY-nominated and millions-selling progressive music titans Dream Theater are announcing the rescheduled dates for the recently-postponed Top Of The World Tour.”

They add, “The dates will now kick off in Mesa, AZ on February 2nd and run 7 weeks before ending in Austin, TX on March 21st. The tour will also make stops in Los Angeles, CA; Quebec, QC; New York, NY and Dallas, TX among others and will mark the first live performances of music from the band’s latest release A View From The Top Of The World. Arch Echo will be the opener on all dates in the United States and Falset will be the opener on all of the dates in Canada.” 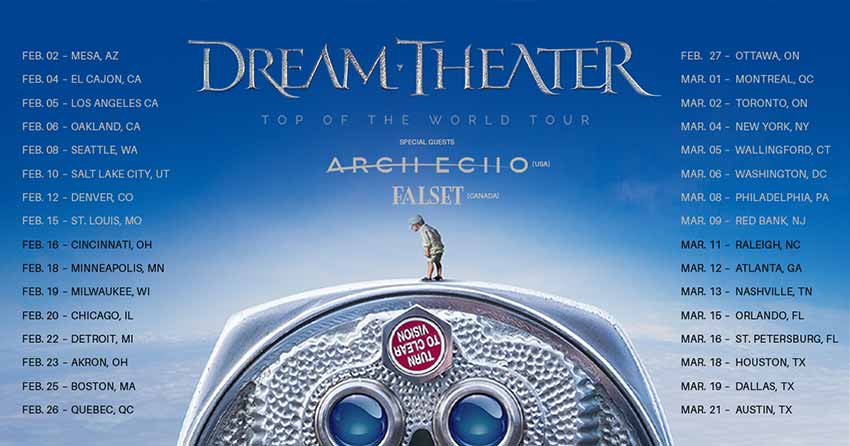