Prog metal legends Dream Theater have released a new music video for their fresh single titled “Invisible Monster” (stream below), which appears on the act’s recently announced new full-length album dubbed ‘A View from the Top of the World,’ which is scheduled for release on October 22, 2021 (pre-order).

A presser states, “The new track clocks in at 6:27 and showcases the musicianship and creativity that has garnered the band fans around the globe. The video for the song was directed by William “Wombat” Felch (Mudvayne, HellYeah, Crobot, Static-X, Nefariant) and follows the story of an artist’s internal struggles as the band is showcased performing the track. The piece of art created by Felch in the video now lives inside DTHQ.”

“It was written after we’d written a bunch of material. A lot of the music was super energetic and upbeat tempo-wise. Mike suggested we do something a little different though. So, we started working on a more mid-temp song. The hook, riff, and melody changed so naturally. I equate it to ‘Pull Me Under’ back in the day where we’d just start playing, something would come out, and we’d be like, ‘Whoa, that’s cool’. There’s a serendipitous moment where it happens. Lyrically, it’s about how anxiety plagues people. It’s like there’s an invisible monster beating you. You don’t see it, but it’s haunting you all of the time,” comments guitarist John Petrucci.

In addition, the Dream Theater will be trekking through North America this fall — check out all confirmed tour dates after the below clip. 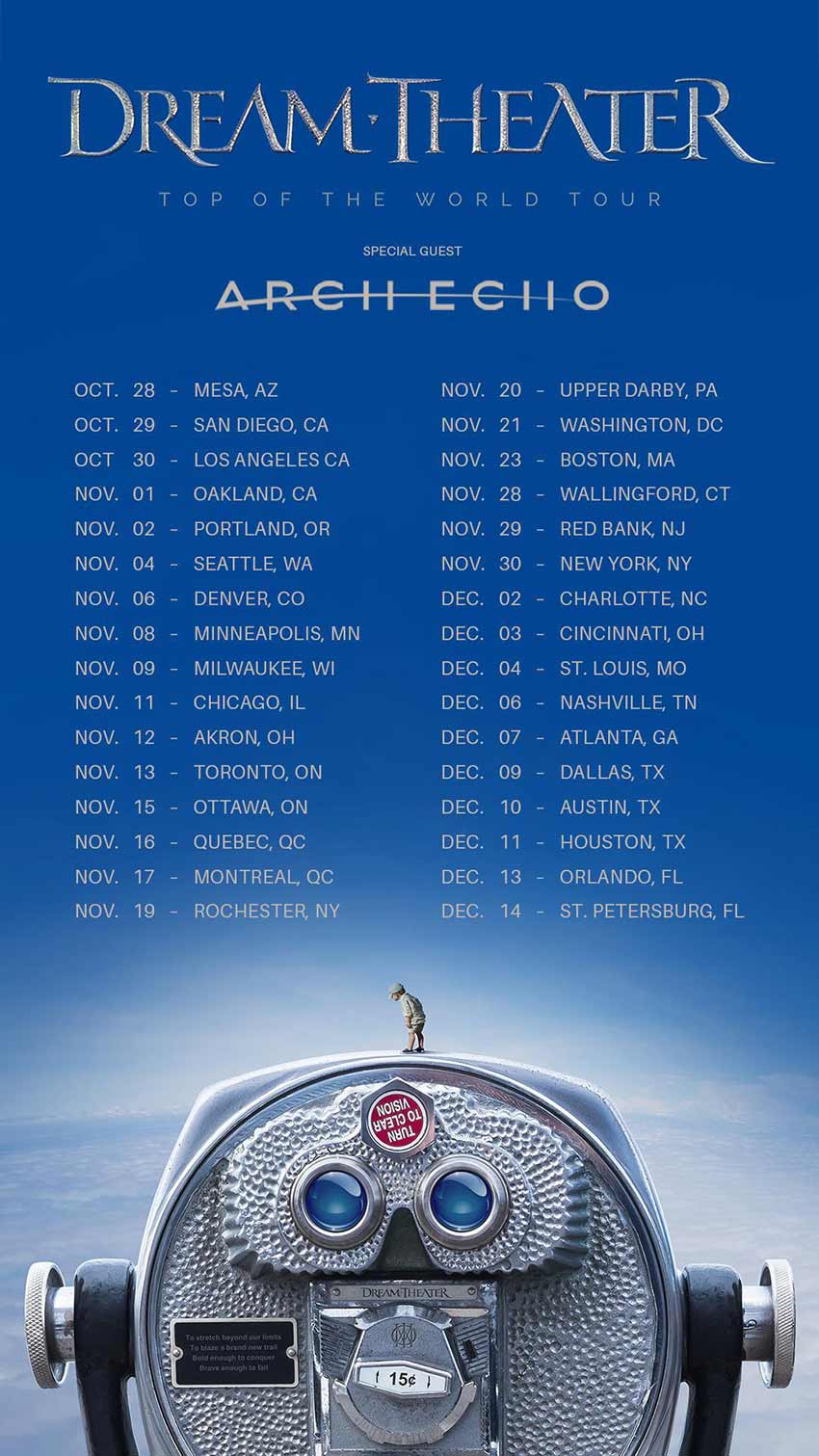