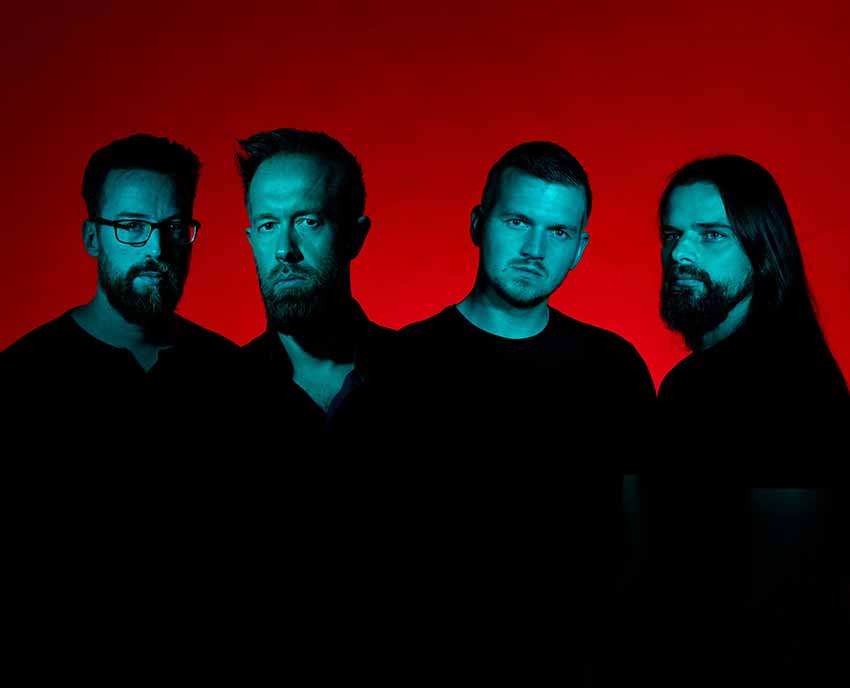 Kscope is thrilled to announce that UK rock band Empyre have signed to the label.

Empyre are joining the internationally renowned independent label alongside the likes of TesseracT, The Pineapple Thief and Envy Of None, and are now ready to showcase their distinctive brand of dark rock to a wider audience. The band blend their huge riffs with deeply personal lyrics, brought to life by the impassioned vocals of frontman Henrik Steenholdt.

Henrik says on the signing “It’s exciting and reassuring to sign with a label that understands the band and our audience, supports our ambition and loves our music. We’d like to think that Kscope has heard the future and embraced it. Their team possess the knowledge and experience of releasing music with some of the greatest rock and prog songwriters of our day and it’s our privilege to work with them as we build a new and evolving era of Empyre together.”

Johnny Wilks, Kscope adds “Kscope have always embraced bold, adventurous music and Empyre are no different. I’m excited to add a heavy, energetic rock band to the family, and can’t wait to launch the band to the next level.”

Fans of Porcupine Tree, Haken, Green Carnation and even Muse will find much to love in Empyre’s brand of atmospheric rock, the dark and introspective edge topped with Steenholdt’s richly recognisable vocal.

Since their debut album Self Aware in 2019, Empyre have won Classic Rock Magazine’s “Track Of The Week” on three separate occasions, performed sets before legends Eagles, Shinedown and Alter Bridge at Arena Birmingham and have been one of very few rock acts to be featured on ‘Whispering’ Bob Harris’ “Under The Apple Tree” Sessions.

Classic Rock Magazine have awarded them a ‘High Hopes’ feature, while Kerrang! described their sound as “slick, vast and like the music was written with the help of an architectural blueprint for an arena”. Planet Rock heralded the band as ‘Ones to Watch’, playlisting the tracks ‘New Republic’ and ‘My Bad’ and on the strength of the 2020 Winter’s End performance immediately booked them for the Planet Rockstock 2021 main stage.

Known for an unflinching work ethic and a darkly self-deprecating sense of humour, Empyre have proved they have what it takes to stand out from the crowd and deliver music that offers an engaging, if unsettling mix of melancholy, hope, and hopelessness, often within the same song.

The band’s new album for Kscope will be released in early 2023 with more details to follow soon.

Welcome to the new Empyre.

EMPYRE LIVE IN THE UK
Empyre are already a firm favourite on the UK live scene, and having had a busy summer playing festivals, the band have acoustic & headline shows and high-profile support tours lined up until the end of the year, including Vintage Caravan (25 – 31st October) & Gun which features a show at the legendary Glasgow Barrowlands – details below. 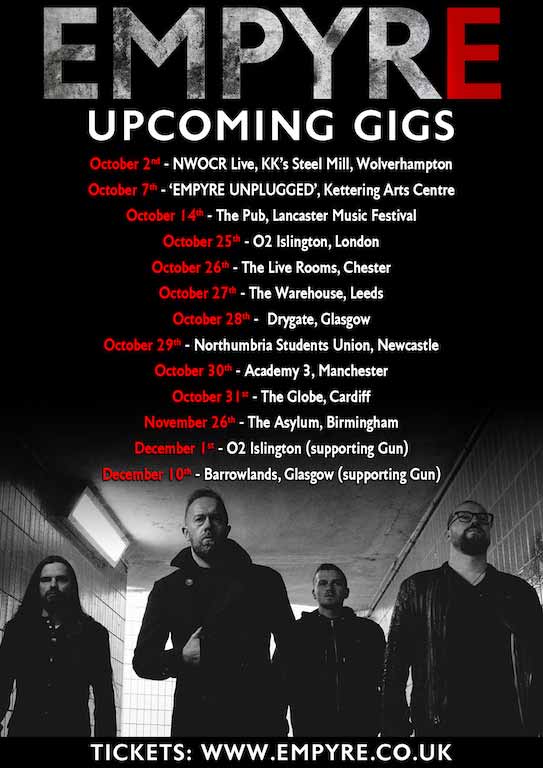