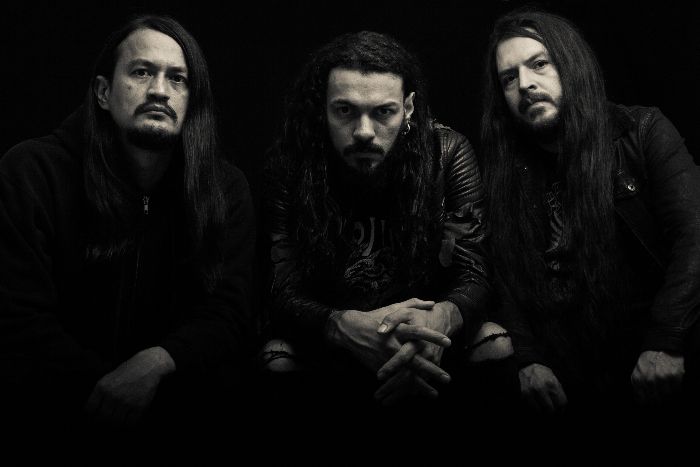 Colombian metallers Eshtadur are proud to announce that they will release physical copies of their album From The Abyss on CD through premiere Colombian metal label Hateworks this November. The band says, “It is a great honor to be holding such a big metal flag with Hateworks on your side, and now From The Abyss will be delivered in your hands.”

Hateworks is Colombia’s leading metal label and has been working with top local artists for 20 years; they have worldwide distribution and offices in Manizales, Colombia and Los Angeles, United States. The label said, “Eshtadur is the band of the year in Colombia! Their vastly acclaimed album will be released by the end of November 2020.”

Stay tuned for more news about when and where fans can get this exciting release!

About Eshtadur
Colombian blackened metallers ESHTADUR are excited for the imminent release of their new album From the Abyss, September 4th via Nuclear Blast’s Blood Blast Distribution.

Eshtadur launched in the fall of 2005 releasing the “Timo Be Timo” demo with a sound inspired by At The Gates, Soilwork, and SepticFlesh. Since then, they have released a pair of EPs and a potent trio of albums. The band embodies a deathly melodic atmosphere that reaches into realms of darkness and despair through the decay of humanity. With a name translating to “rebellion of angels,” this Colombian outfit seeks to rebel in its own darkened way, embracing the abject reality.

Their rich touring history includes performances across Colombia, Peru, Mexico, Germany, Netherlands, Belgium, France, Poland, Czech Republic, Hungary, and Slovakia. They have shared the stage and toured with Cradle of Filth, Vader, Graveworm, Coldblood, Abbadon Incarnate and more in shows all over the world, and even headlined a stage at Rock Al Parque, Colombia’s premiere heavy music festival, in 2016.

Eshtadur toured through Europe to support their 2017 album Mother Gray (via Bleeding Music Records). Now set to unleash their new work From the Abyss through Nuclear Blast’s Blood Blast Distribution on September 4th, there’s nowhere for these rebellious angels to go but up.