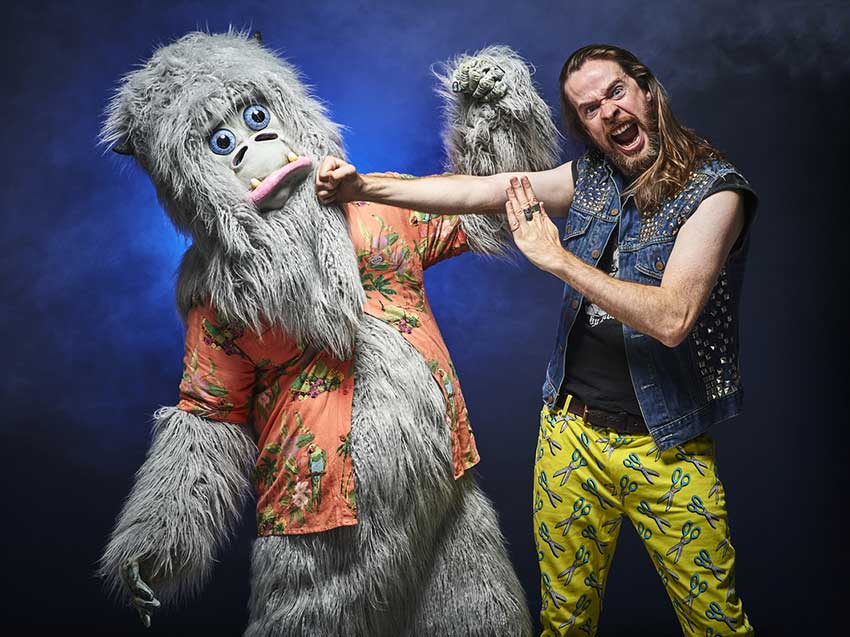 Prosthetic Records has signed Irish thrashers, GAMA BOMB, who are currently preparing to record an album for release in the fall. Today they have announced a stand alone single that will benefit homelessness charity, Dublin Simon Community. Produced by guitarist Domo Dixon with additional drum production by the band’s long-term producer Scott Atkins (Cradle Of Filth, Sylosis), and featuring the band’s former drummer Paul Caffrey, Living For The Lockdown is available to stream everywhere from today.

Watch the video for Living For the Lockdown below.

“This pandemic has affected all of us in different ways, but people who were already vulnerable have been hit hardest. Dublin is the home of GAMA BOMB, and sadly the place in Ireland where the virus is most concentrated right now. Dublin Simon Community work with people who are homeless, sleeping rough or have health problems – they’re out on the streets, finding safe places for homeless people to go during this crisis.”
“The Simon Community is a wonderful organisation dedicated to helping the lives of those less fortunate than ourselves,” agrees guitarist DOMO DIXON, “and they need our help right now more than ever. Thanks for the good work you do!”

Proceeds from the streams and downloads of the track will be donated to the charity, and anyone wishing to support the charity directly can do so at this link, or by texting DUBSIMON 50300 to automatically donate €4.

Having established themselves as a distinctive name in the thrash genre, GAMA BOMB have spent the last 17 years delighting and tormenting willing audiences in equal measure. Having inked a deal with Los Angeles based Prosthetic Records, the band is currently working on a follow up to 2018’s critically acclaimed Speed Between The Lines.

Talking about the direction of their new material, Byrne says:
“Lockdown has been great for productivity, so we’ve written two albums’ worth of material. We just need to choose the best stuff now. We’re thinking it might even be a concept album. There’s a strong Judas Priest and Suicidal Tendencies vibe to the new songs – it’ll really suit the post-apocalyptic vibe of 2021, that’s for sure.”

Of the signing, Byrne adds:

“I struck up a conversation with [Prosthetic’s] E.J. on Twitter and found out he’d been a fan of the band for a long time.‘That was really exciting, because we knew Prosthetic has an amazing track record, and more importantly a great reputation in the industry. They’re good dudes and we’re excited to sign with them.”

Stay tuned for more news on GAMA BOMB in the coming months.