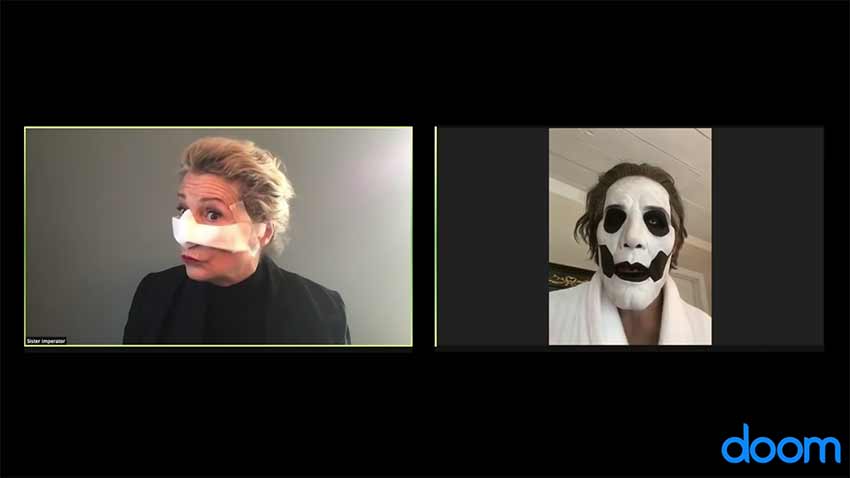 Satanic heavy rockers Ghost have released the ninth episode (and first in two years) of their ongoing web series, which they first premiered in early 2018. In the three-minute video entitled “Tomb It May Concern” (clip embedded below) we see Sister Imperator and ‘current’ vocalist Papa Emeritus IV engaged in a ‘Doom’ (a spoof on ‘Zoom’) video conference call discussing getting things in order for “everything coming up” in the (presumably near) future.

As of recent, media outlets and fans alike have been speculating that Ghost are getting ready to announce a new album (the follow-up to 2018’s ‘Prequelle’), or at least some new music, as well as a U.S. tour, any moment now. We’ll just have to wait and see… [EDIT: Ghost announced a U.S. tour with Volbeat + Twin Temple]