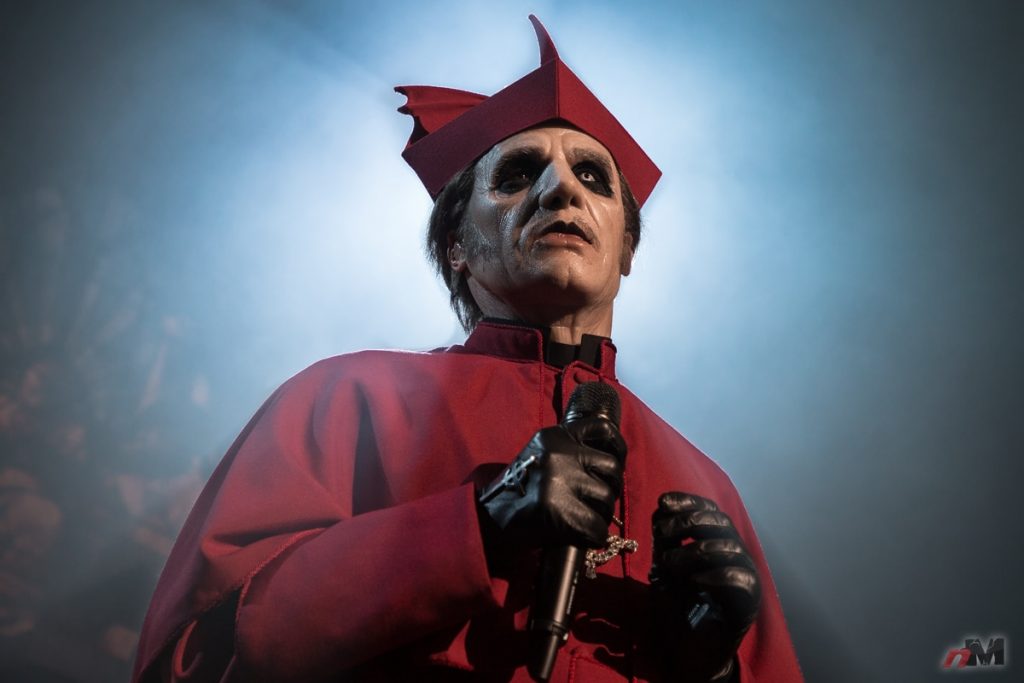 According to Sweden Rock Magazine and as pointed out by Blabbermouth, satanic rockers Ghost are apparently plotting a late 2021 release window for their new studio album, the follow-up to 2018’s ‘Prequelle.’

The Swedish ‘zine spoke with Ghost mastermind Tobias Forge who is currently in the studio doing pre-production for the next LP. Here’s an excerpt from the article (translated using Google):

What are the plans for Ghost’s fifth album?

– “The plan now is that I will be here and write for another two months, until Christmas,” says Tobias Forge [from the studio]. “The idea is that the album will then be recorded in January. It takes about six weeks to record and then it is two to three weeks of mixing and mastering. So sometime in March, the record is ready, it is thought. But then it does not come out until after the summer. As it looks now, [knock on] wood, we will then go on tour after that.”

[Tobias continues to state] “We will not release an album until we know we are going on tour. It will coincide with a tour start. Then it may happen that we announce the record at a date and if for some reason it is not possible to tour, then it is a different matter. But we would not plan it today in any other way than that tour and record are connected.“

Earlier this month, Swedish publication VK reported that Ghost were planning to unleash a new album this winter. That’s clearly not the case anymore.

In more news, Ghost were recently awarded the 2019 Music Export Prize in Sweden, beating out the likes of Robyn, Håkan Hardenberger, Smith & Thell, and Snoh Aalegra.