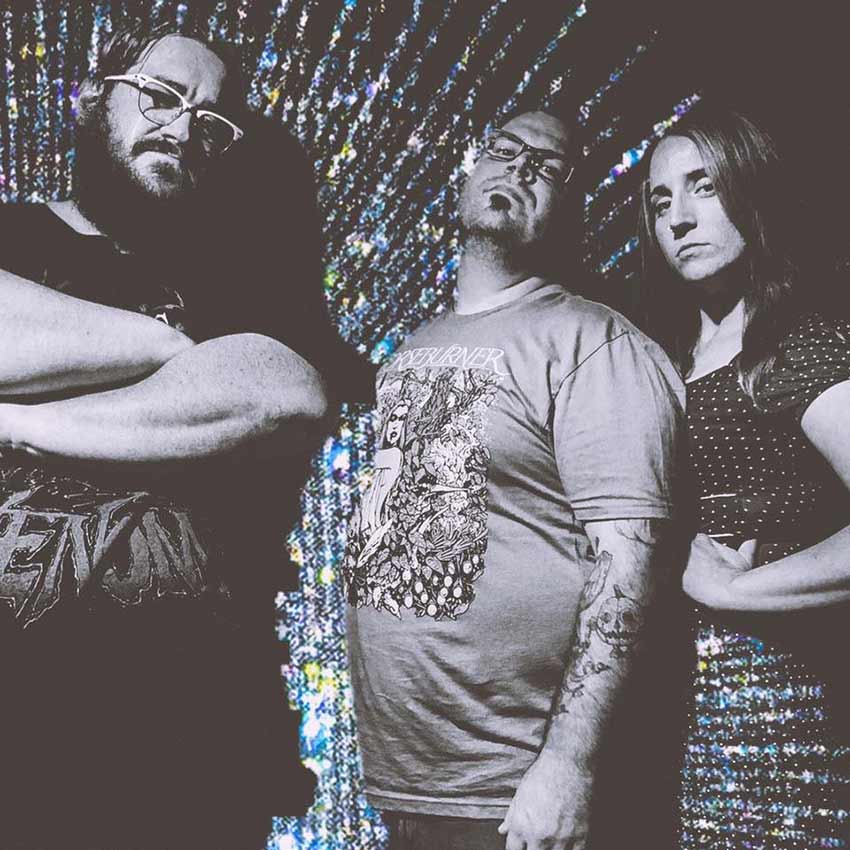 Synthesized stoner rock band Ghost:Hello have announced a fall U.S. tour with dates going down in their home state of Ohio, plus a lone West Virginia show booked as well — see all confirmed shows below.

Here’s more on the band from a presser:

GHOST:HELLO is a synthed up stoner rock family affair from Northeast Ohio. Made up of a husband/wife duo and their long time friend, the band members have been playing in bands for decades. With extensive individual histories touring around the US and in other DIY bands, GHOST:HELLO just feels like a natural continuation. It’s a growth on what the individual members have done throughout their history. It seems logical for a band who seem destined to take the world of rock and roll by the horns.

Bringing in all sorts of unorthodox elements into their fuzz rock assault, this three piece counterbalances stoner sludge with trip hop grooves. While certainly unexpected, the group has never been afraid to experiment, and GHOST:HELLO is completely a slave to their various muses. This leads to an elegant fusion of influences of bands like TYPE O NEGATIVE to FATSO JETSON by way of QUEENS OF THE STONE AGE. Since their inception, the band has amassed an impressive social media following, with their third release in production. Like their debut release, the upcoming record has been engineered and produced by a friend through the company 8th Day Sound who has worked with such bands as SLAYER, MARILYN MANSON, and the SMASHING PUMPKINS.

Now as they double down for the release of their new record it seems like GHOST:HELLO are set to take on bold new vistas. Having played around the Midwest since 2013, the local crowd is hungry for what they are about to deliver. DIY til death, these fuzz rockers are looking forward to all they will unleash with this new record. GHOST:HELLO are planning everything from shows in new places to an animated video. A band who are no stranger to hard work, and who constantly push to innovate, GHOST:HELLO are a breath of fresh air in a crowded scene!