On social media, the band say:
“To our friends and fans,
It is with sincere regret that we are canceling our upcoming run with our brothers in Inferi and Arkaik. We had hoped that the world might be in a spot that we could reasonably come out, play for you guys, and hang out, but that isn’t the case. Until we see you all again, please be good to each other.
Edit: Refunds are available at point of purchase. Scope our story for a more detailed explanation.
Cheers!” 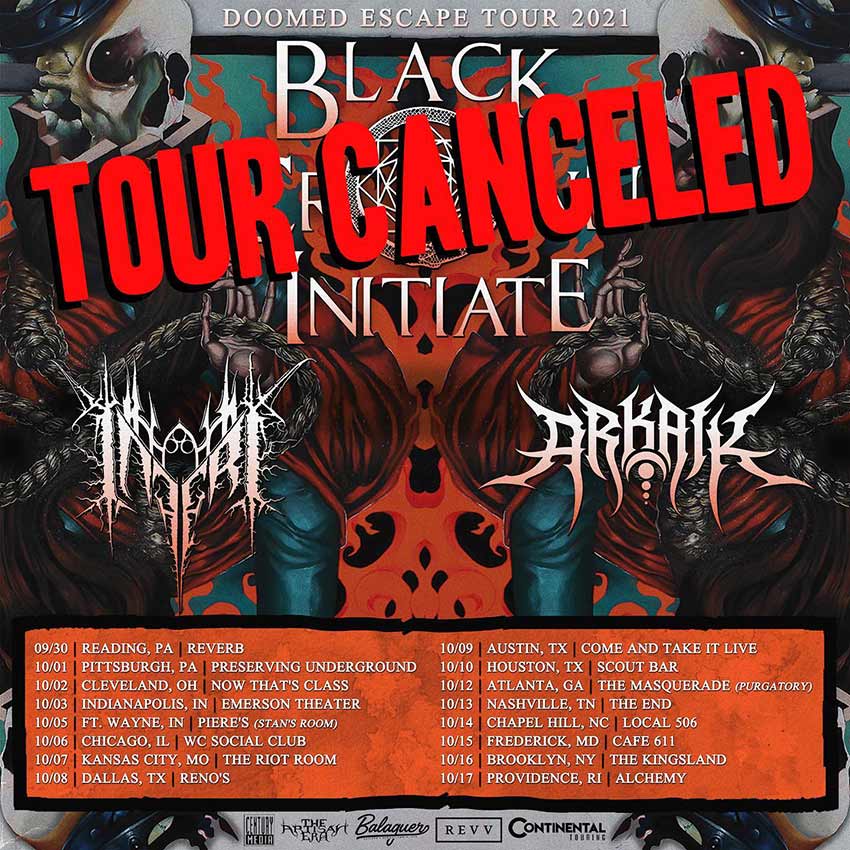