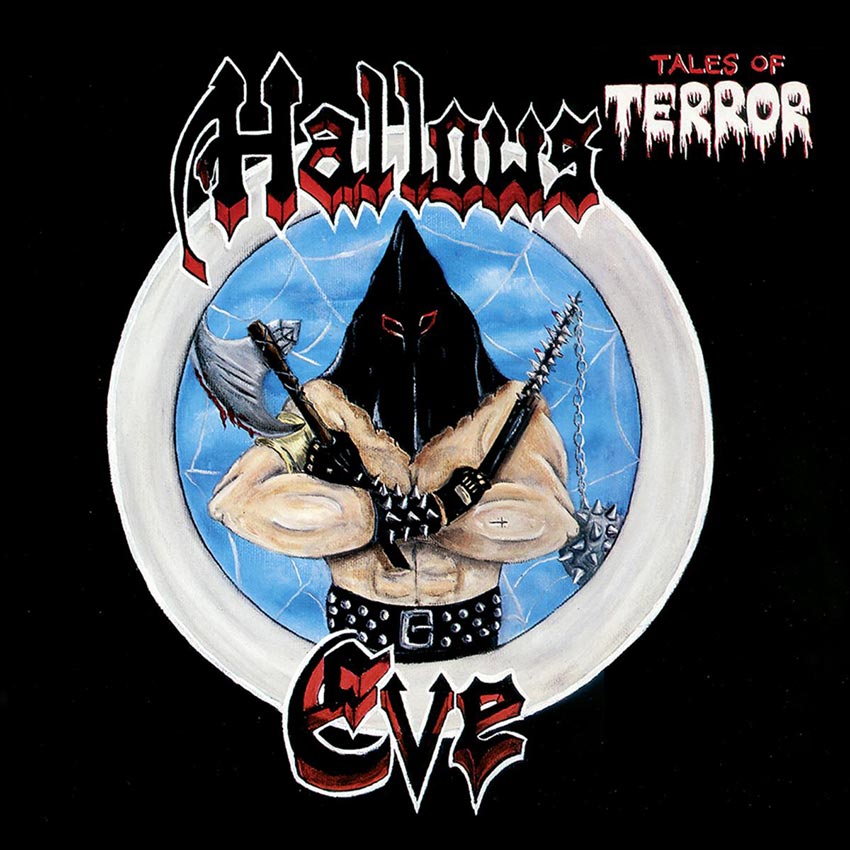 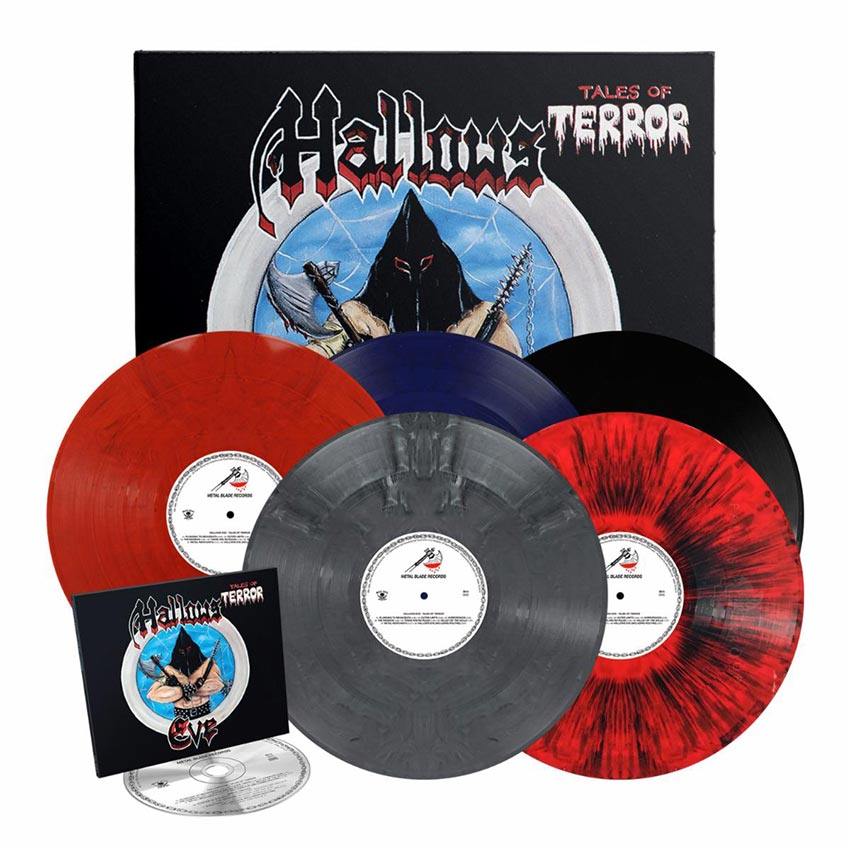 Hallows Eve bassist Tommy Stewart checked in with the following comment about the album: “‘Tales Of Terror’ launched Hallows Eve with a bang! We were a small tribe of street kids full of passion, anger, joy, and the unbridled frustrations of youth at the same time. We wanted to channel all that energy by screaming at the world and that was ‘Tales Of Terror’.”

Formed in 1983, Hallows Eve were one of the first thrash bands in metal history, alongside heavyweights such as Metallica, Slayer (whom they supported on their Hell Awaits tour), Exodus and Anthrax. They mixed Black Sabbath, Motörhead and Iron Maiden riffs with the energy of punk-like Dead Kennedys and added a touch of Alice Cooper’s image. Their first two-track demo caused a big buzz on the tape-trading scene and secured them a spot on the legendary Metal Massacre VI compilation (besides Possessed, Nasty Savage, Hirax, Dark Angel, etc.), released by Brian Slagel. As a natural progress, they signed to his label Metal Blade Records later on. 1985 saw the release of the genre defining thrash classic Tales Of Terror. It featured the original versions of the aforementioned demo tracks and five new shredding songs, which took the underground by storm and gained raving reviews like a 9/10 by Götz Kühnemund of Rock Hard Germany. Long out of print in its original version, Tales Of Terror was last reissued in 2006 as part of the History Of Terror 3CD+DVD-Boxset – which also included the following Metal Blade albums: Death & Insanity (1986) and Monument (1988), as well as rare live and rehearsal recordings – and is now finally available again in re-mastered editions on vinyl as well as in the Digipak-CD format (with 4 rehearsal tracks as bonus). Stay tuned for further Hallows Eve re-issue news coming soon.