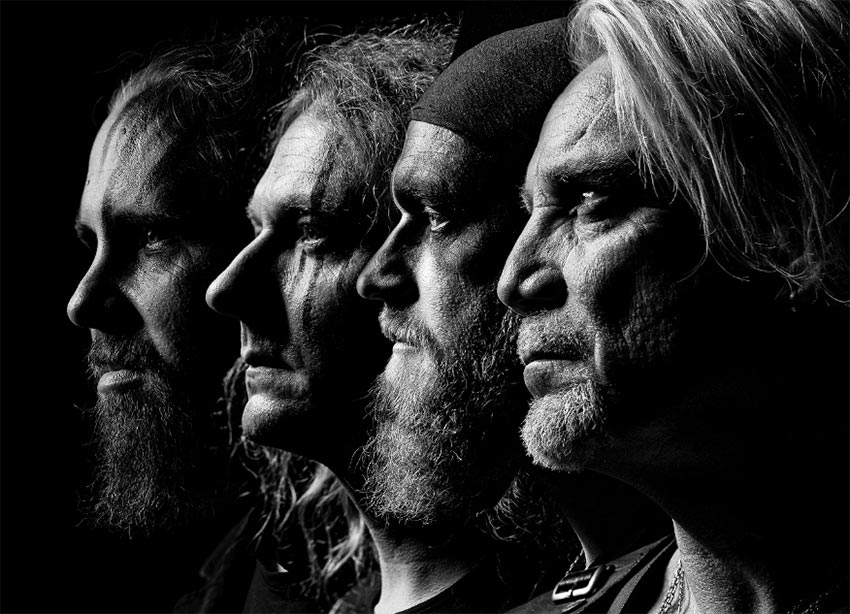 Behold the Hammer King – and welcome to the Napalm Records family!

The all-powerful Hammer King will set forth on a heroic journey in 2021 and have chosen their mighty allies for the trek – none other than Napalm Records! The band has signed a worldwide record deal with the premier rock and metal label and are set to release new music soon.

Ever since Hammer King burst onto the scene in 2015 with their first album, Kingdom Of The Hammer King, swiftly followed up with King Is Rising in 2016 and Poseidon Will Carry Us Home in 2018, they have proven themselves as an unstoppable force! Celebrating the truest of heavy metal in the tradition of IRON MAIDEN, JUDAS PRIEST and PFALZGRAF LUITPOLD, the band keeps it heavy with speedy riffs, energic grooves and fist-pumping choruses, devoting their existence to the one and only myth of the godly Hammer King himself!

Hand-picked by thy majesty himself, the band consists of former ROSS THE BOSS vocalist Titan Fox and former SALTATIO MORTIS drummer Dolph A. Macallan, alongside Gladius Thundersword on bass and Kleveland’s most timeless lead guitarist: Gino Wilde. Now proudly joining the Napalm Records roster, this powerful heavy metal unit is even more of a serious force to be reckoned with in 2021.

Hammer King on signing to Napalm Records:
“It has been done! Ever since thy Majesty, the Hammer King, founded the band, it was our strongest desire to move onward and upward. Now, signing with Napalm Records, we are joyous, proud and confident to have taken at least one giant step upward. Napalm Records has always been our dream partner for Hammer King as they very obviously are doing an outstanding job promoting and pushing their classy roster of bands.
We are blessed to now be a part of that roster and we are equally sworn to work as hard and consistently as possible to deliver whatever it takes to fulfill Napalm’s expectations in us – as well as our own and those of the Hammer King.

We kneel in gratitude – and we stand with the Kingly Hammer raised to take the world!
God bless the King, may the King bless you!”