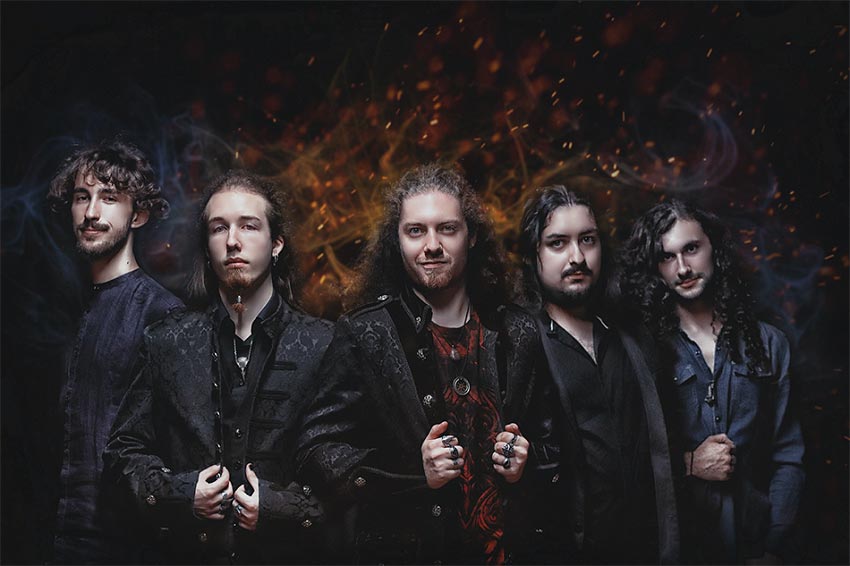 Inspired by heroic fantasy, history, mythologies, and esoterism, Gzagg decided to create an epic story with 8 characters. Entitled “Theater Of Sorcery”, the debut will be a theatrical metal adventure that tells the story of a young sorcerer Adam Wilstorm who could be the salvation of bringing back the light to the kingdom of Avaland and during his journey, he must learn to control his powers linked to the Storm.

“I started my heavy metal life as a great fan of Avantasia and Ayreon. I was impressed by those big teams Tobias Sammet and Arjen Lucassen could create. I quickly knew I would make something like this in my life! It wasn’t easy to find musicians who were crazy enough to follow me in this adventure, and I thank them so much for their trust in this project, especially guitarist Christophe Feutrier (guitars) my partner in crime for Avaland for 5 years now.

I like to also add that Avaland is not a “classic” band, it’s a Metal-Opera and when Covid is over, I plan to take it the stage with many vocalists to perform this theatrical tale of an epic and magical story. To sum it up, Avaland is a modern-age opera to not just fans of metal, but beyond!”

An album teaser can be heard and viewed on YouTube.