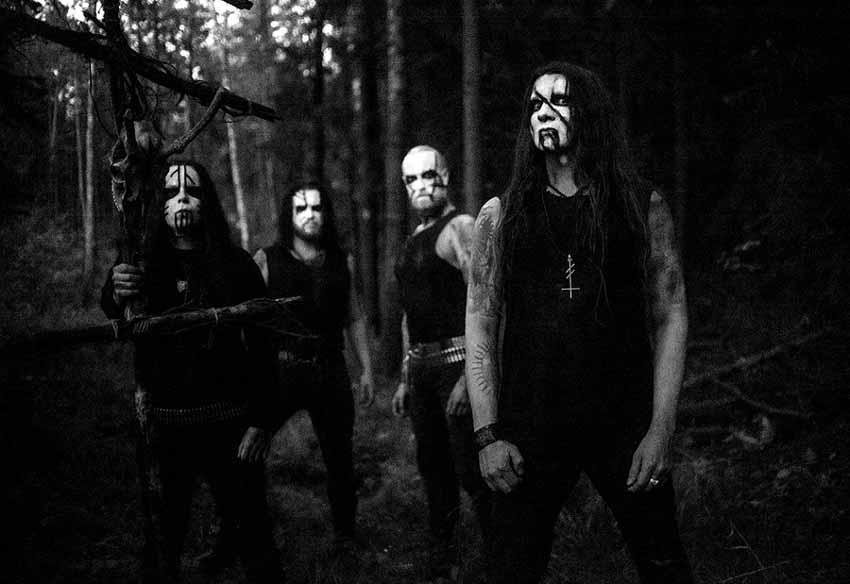 Polish blackened death metal band Hate have uploaded their new music video titled “Exiles of Pantheon,” which you can check out below. The track appears on the band’s recently released full-length opus on Metal Blade Records dubbed ‘Rugia.’

Vocalist/guitarist ATF Sinner comments, “We’re extremely proud to present this picture for one of the most brutal and vicious tracks on Rugia. The song is about an old faith being reborn through an unholy, blood-soaked ritual. There are references to archaic beliefs on the island of Rugia – the last bastion of western Slavic paganism. Making this video was one hell of a challenge, because we were shooting throughout the night in extreme weather conditions. In the end, I think we got a picture that fits perfectly with the music. Watching it, you can almost feel freezing cold rain slashing at your face. I’ve no doubt our best video thus far.”

A presser states, “Rugia was tracked at Hertz Recording Studio in Poland, and recorded, mixed, and mastered by the Wieslaski Brothers (Behemoth, Decapitated) with longtime collaborator Michal Staczkun providing the ambient elements of the band’s signature sound. Additionally, the record marks Hate’s thirtieth year of activity.”

ATF Sinner adds, “The fire is still burning! I’m proud that I have built a band with such strong energy, that’s lasted for a long time in spite of numerous line-up changes and obstacles in our way. We are still here, and we create with ever growing consciousness and dedication. The energy speaks through us. Honestly, I think of the band as something much bigger and more profound than the individual people involved in it over any given period of time. I believe we create a channel for energies that surpass us.”